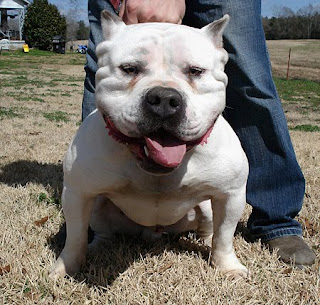 Good morning, sleepyheads! Its Saturday morning, so lets get some grooves on!

I have gone MIA for a little while - OK, 3 or so days, but in that time Ive accumulated a retarded amount of things and tidbits to post about, mainly to do with the myriad messages we are sent here to our email sonic.masala@gmail.com.

I have a dirty lil secret to admit - I have never until a couple weeks ago checked our email. That was Paul and Ani's job, and they have paid their dues, giving a heads up on bands like Tomorrows Tulips and Lil Daggers... But after talking to Guilty Ghosts and Reading Rainbow, and seeing how many bands were trying to get in contact with us, Ive spent the last day trying to make amends...

First cab off the ranks are this tidy lil group from Ridgewood, New Jersey. Big Troubles are a two piece, playing young fiery garage scuzz - aren't they all? - and it isn't only infectious, but it hints at a band of guys striving to be a cut above. They are having a meteoric rise of late, playing with the likes of Real Estate, RE offshoot Ducktails, and the awesome Kurt Vile. Very 'in the now' - how there is so much I hate about this movement, and yet guys like Big Troubles drag me back. Its all about exuberance and having fun, rather than owning a truckload of Ray Bans and removing a rib to suck your own cock (or clitoris - we are gender non-specific here...) Which is what a lot of this sound is so obviously about. Apparently. So Big Troubles - good stuff - their debut LP Worry will be out soon, but you can hunt down their Drastic & Difficult 7" on Olde English Spelling Bee. Well, well worth the time...