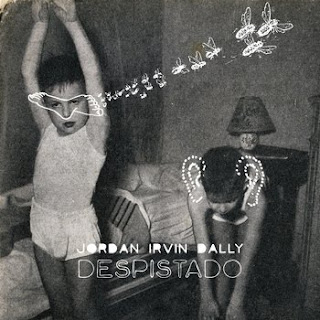 Got an email from Michael over at The Decibel Tolls, extolling (ah, sorry...) the virtues of one of his 'peeps' (AKA pushing the wares of one of his label charges), J Irvin Dally. I had a quick perusal of the Decibel Tolls write-up, and was suitably impressed...until I read the similar bands section. Fairport Convention are never going to be filling my top 10, 20, 50, 100 bands of all time - they're ok, but loads are better in my opinion. So to pin the hopes of success on a 'nothing' band was a little offputting, especially as another band, The Incredible String Band, whilst good, arent exactly somthing to excite the massess either (again strictly my opinion - which is always right).

But Michael hassled me, so i listened to the Despistado EP thats hitting any second now - and it is great. Really really good. Think freakonica - think the inevitable Animal Collective comparisons, think jazzed up Jim James, but toned down with a more down home twang. I cant agree more when stated that Dally's gear sounds like Devendra Banhart before he found Jesus in the bright light that is celebdom. But even that is something of a disservice, as Despistado has its own iconic feel, bereft of flounce and flair, ponce and parading about. This mild-mannered multi-instrumentalist has instead crafted a delightful EP that is so intellegent with its structure, the way in which the field sounds, the electronics, the rattling bottles, weave in with Dally's soaring vocals and surreptitious finger pickings to create a pastiche of SoCal desert meanderings so sweet that a cup of salt might be all it takes to bring you back to earth.

I am very impressed with this stuff. And believe you me that if Sonic Masala had a label up and running instead of in the beer clouded dreamstates of not so much reality, we'd be snatching this guy up pronto. As it stands, Michael's Crash Avenue Publicity is looking after him, so get in touch big wigs. Enough of the self-professed genuises and give a real one a crack - it might make the world a better place.