More of a Monday cover massacar from Beck 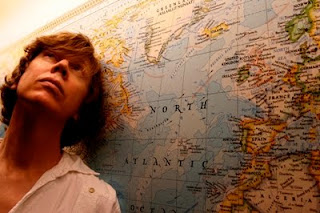 Sorry for the lack of a Friday cover up on Friday, again, work had other ideas about me posting. Thanks to Bren for stepping in with the ace Creedence Clearwater Revival cover but I did have a a few tasty tasty morsels up my sleeve and this one is too good to wait till the end of the week.

Now you may of heard of Beck's Record Club. The project was conceived as a way for Beck to get his mates to get together to re-record a favorite record or two, or as the official sources put it "an informal meeting of various musicians to record an album in a day." Part having fun, part art project, it may not be an original idea for a bunch of musicians to get together and play some covers but what makes this a really special project is the cast of alt music's great and good that Beck can pull together to have a jam. Each track is 'released' with a documentary video, one a week, the whole process it makes for compelling viewing.

For the fourth edition of record club Beck brought together Liars, St. Vincent and Sergio from Os Mutantes to have a bash at Kick by INXS. (Yeah you read that right!!) Its awesome and you see more below...

But the cover up awesomeness doesn't stop there. In a surprising twist the Record Club's fifth album is Yanni’s Yanni Live at the Acropolis performed by no less than Thurston Moore and Tortoise. I know, sounds fucking amazing doesn't it? You can find out more here, but the first track and video from the session is below, blew me away!