Still Clean After All These Years 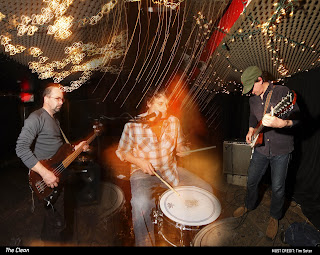 Now for a post about a band that heavily impressed my sister heavily, just to even out the balance...

The Clean have been around since 1978, banging out their influential indie rock in Dunedin, New Zealand. They are responsible for floating the Titanic that is Flying Nun Records, put out some amazing music, disbanding and reforming time and again, influencing bands as diverse as Pavement and Yo La Tengo...they are an Antipodean - nay, a global - institution. They released a new album, Mister Pop, last year, but chase down their Anthology archive first - nothing short of amazing.

And they are back! They are touring heavily, and Sara caught them at both Pavement's curated ATP and Primavera. They are an amazingly approachable bunch - kinda like what you imagine your dad would be like if he was in a band. Tally-ho!