After 7 years, the lake has finally been dragged... 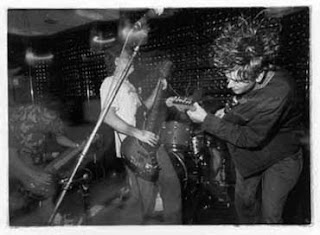 What the fuck is squigglecore?
This is a 90s genre that I obviously missed out on and am having all kinds of trouble getting my head around. All you really need to know is that its noise rock. Nevertheless there is something good to glean of this. San Diego band Truman's Water are about to release their first album since 2003. Its through Asthmatic Kitty Records. Its called O Zeta Zunis. And if these two tracks are anything to go by, its going to be explosive. To add to the excitement, the band's new label aims to re-release older, hard to find pieces from their discography. They may have missed the merry-go-round last time, but Truman's Water are ready to make a massive impact.
And seriously, what the fuck IS squigglecore?
Truman's Water - We Fish
Truman's Water - 5-7-10 Split
Posted by Brendan T