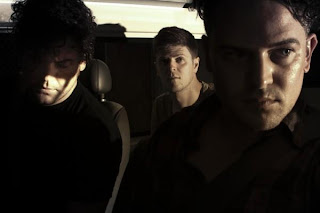 PVT are about to release 3rd LP Church With No Magic via Warp Records in August. Its another sonic progression for the band, who are carving their live sound into a more pop-oriented mould. Actually the songs released thus far from this album are much more electronic and less live instrument-y, which normally for me would be a bit of a concern - but these guys are fucking brilliant, so Im eager to see what they produce. And they are ace guys too! Check them out when they play Cargo on October 6.