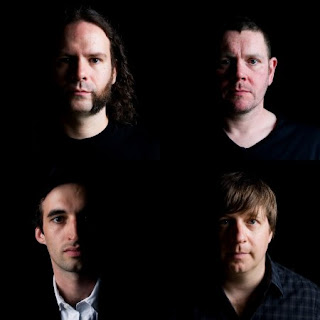 Damn Stereogum! Ive been excited about The High Confessions releasing their album Turning Lead Into Gold With The High Confessions ever since I posted about the album some months ago. Sonic Youth's drummer Steve Shelley combines with a number of high-profile noiseniks to create something quite impressive - and Stereogum have the drop, streaming it over here.

And in some related news, Shelley will be gracing the hallowed grounds of...Birmingham (?) at this year's Supersonic festival as part of Neu! tribute collective Hallogallo 2010 (also consists of Neu!'s Michael Rothner, Benjamin Curtis of Seven Schools of Bells, and Tall Firs' Aaron Mullan). Supersonic is going to be massive - a post is coming soon for that! Nice...
Posted by Brendan T