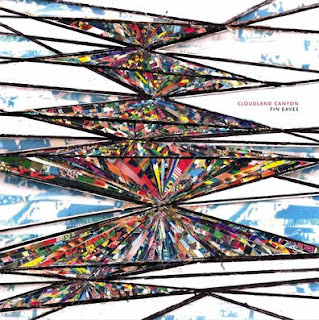 Cloudland Canyon have a new album on the way. I only know this thanks to The Decibel Tolls - I am, as always, forever in their debt. 2008's Lie in Light was good, 2007's E.P Silver Tongue Sisyphus had me dribbling in its psyched out landscape doodlings. Mothlight Pt. 2 below is a taste form the forthcoming album Fin Eavas. Mothlight Pt. 2 is dropping in 7" form in August. This time round Cloudland Canyon seem to have succumbed to the sunny, reverb soaked dream pop that is everywhere at the moment, but its definitely more influenced by the disorienting, swirling noise you've come to expect. Think Animal Collective on a rain soaked, moody, fuzz filled day and you might start to get close. Beautiful stuff, I'm sure you'll agree.

The L.P is due September 7th on Holy Mountain. Vid also...