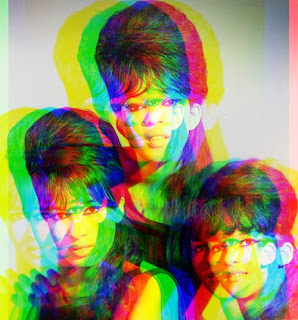 I wrote about an act a couple months ago, Craft Spells. Well, when asked recently about his favourite band, he mentioned that they made him want to drink heavily and go on a rampage fucking shit up.

That band that caused such wanton destruction was Ghost Animal.

From the blazing sun soaked climes of LA, Ghost Animal are another two-piece drenching everything they can find with scuzz, fuzz, buzz and other shit that ends in uzz. The music sounds like a hell of a lot of fun. Not all the songs on the latest EP sound great - and 'In Your Room' has a little too much 'Smells Like Teen Spirit' for comfort - but it is the nuances that comes with some of Ghost Animal that sets them apart. Like the urgent, eerie psychedelia inherent in 'In Shrouds', or the Japandriods-like notion of incessant fun at all costs in the genetic makeup of most of their other tracks.