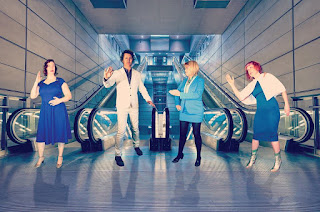 The inimitable Brisbane outre rock outfit The Stress Of Leisure released their new album Achievement recently, and it is an absolute corker. It isn't the kind of thing you see up here on Sonic Masala that often - probably because Ian Powne and his fellow art apothecaries are such an idiosyncratic proposition. There is no outward impression on or acknowledgement of trends and musical cycles; no desire to slot into a scene or movement. Sure there are whiffs of touchstones - the prickly yet mischievous Graney twirl of 'No Idea Is The New Idea' or the Flying Nun guitar-spangled banner that flutters from 'Goodyear Blimp' - but in the main Achievement slinks along in its own inimitable slipstream, an eternal silent disco that only those embracing the Stress Of Leisure's mode of entertainment can fully appreciate. Powne is a laconic, devilish lyricist, striving to be both self-deprecating and absurd in the same breath, a Pied Piper of abstract angles, taking the edge of accepted norms and living in the wonderful world inside his own head. How often is it that you can chow down on sparkling gems called 'Sylvia Plath' without feeling entitled, overtly literate or dour? Sometimes shirking expectations and enjoying yourself unashamedly is the real achievement of life - and The Stress Of Leisure are here to show us the way. 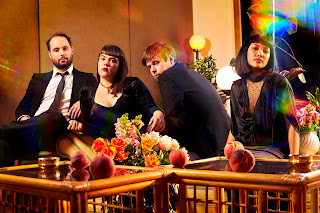 I stumbled across Totally Mild pretty much by accident in February 2013. The year before I'd asked Melbourne troubadour du jour Lehmann B Smith to come up to Brisbane to play a show for a Lofly gig. I missed it due to an emergency operation, but we kept in touch, and I finally caught him in the flesh when I was in Melbourne to see the MBV & Drones ATP (also playing that night at Bar Open - The Menstrual Cycle AKA Snowy Halliwell Nasdaq et al). He was playing in a friend's band which was - yep - Totally Mild. I really dug it.


It's great to see Elizabeth Mitchell's brainchild not only metamorphose into a larger band concern, or because my memory that night has always been hazy (I raced into Bar Open after two days of drinking at the Altona sweatbox, and had just finished up with Einstürzende Neubaten). It is that Mitchell's melodic music is excellent and deserves to be tickling at everyone's spine. Down Time is TM's debut LP (out through Bedroom Suck and Fire), and it is chock full of pop altruisms and melancholic mantras, knitted together with an elegance and a subtle mischievousness that is impossible to ignore.

A stunning achievement, Down Time can be grabbed here. 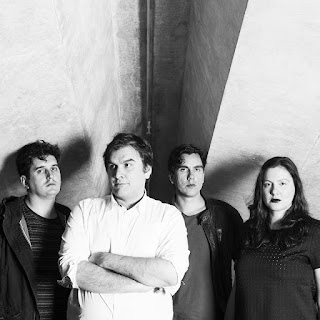 Brisbane's kaleidoscopic pop mavens Blank Realm are keeping their high strike rate with 'River Of Longing', the new single from their upcoming album Illegals In Heaven (which I will review shortly). 'River Of Longing' continues the glossed psychopomp rollercoaster, sped up and shuddering, Sarah Spencer's synth refracting in all directions like a smashed prism, Dan Spencer's vocal stylings extending from last year's 'Reach You On The Phone' as he powers through giddily psychedelic altruisms such meet you on the other side/ and we’ll make up for stolen time. The track mirrors the band's trajectory to be honest - starting out in the outliers of improv noise, slowly compressing into a whirled psych band, while pop machinations ooze through the cracks as the centrifugal forces rise in speed, intensity and insanity... Cracked genius.

You can pre-order Illegals In Heaven from Bedroom Suck and Fire Records. Blank Realm are coming to the UK in September/October: 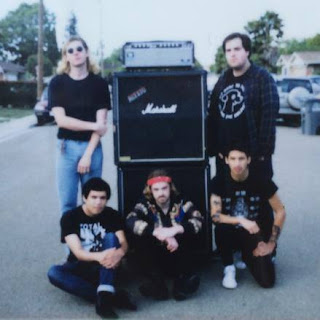 Sorry about the inadvertent "week off"! Just as I was saying how great life outside of work has been - and it has been - work felt its ears burning and kicked my arse.

But other half of Sonic Masala Records (AKA the guy still in Brisbane) Nathan is here and the beer and good times floweth forth once more. So to kick off a week that will be predominantly Aussie based, I've inexplicably chosen 'So Bunted' a raucous stab of fuzz-fried rock from Happy Diving (we really enjoyed their Big World record from the beginning of the year). They still love starting their songs with signal squall - brilliant - and drawling through the white noise. Fits into the mould of distorto pop that raucously littered the 90s and is ecstatically back in fashion, 'So Bunted' is on a 7" coming out through Topshelf Records - pre-order here. 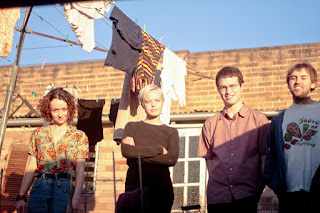 I know it seems we have been fairly quiet on here about our next release, but it is now time to shirk the shackles. Sydney four-piece Day Ravies will be bringing out their second LP Liminal Zones through Sonic Masala and their own Strange Pursuits label. Technically their release is this Friday, July 10 - but with vinyl issues in Europe, we won't have their records on call until September, after which they will be embarking on a national tour. Don't fret though! You can hear the entire album over at Rolling Stone here; you will be able to buy digital downloads and CDs from the Strange Pursuits store on Friday - and we will start taking on pre-orders for the vinyl, which includes a limited number of opaque pink LPs for those quick enough to get in! So have a read; have a listen; slide on through to those Liminial Zones. 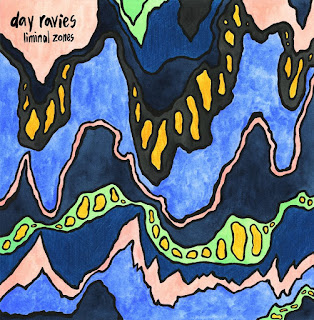 Here are the dates of the Liminal Zones tour - supports to be announced soon...