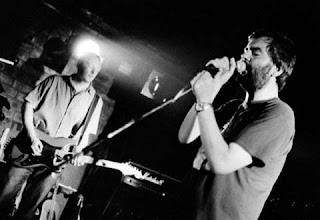 I only really have one experience with Arab Strap. When I lived in a small country town in Queensland, Australia, as a teenager, I remember seeing ther cover art for The Red Thread at the only music store (and a shit one at that) and being impressed, but not brave enough to buy on that aspect alone. I was yet to bloom musically, so would stick rigidly to what I knew.

About six years later I bought a Kingsbury Manx album based on its cover art, and whilst that wasn't the greatest success, it did remind me of that Arab Strap album. But once again, I shrugged my shoulders and moved on.

Fast forward to today, and the news that the Scottish institution known as Arab Strap have released a new track, 'Daughters of Darkness', for the box set Scenes Of A Sexual Nature. I like it a lot, and now that Chemikal Underground are reissuing their first two albums, now finally seems a good time to get depressed. Although I don't feel depressed when listening to this song...though I probably should. That's neither here nor there though - this song is amazing.

And just in case you don't know it, this is the cover art that caught my attention all the way back in the 90s... 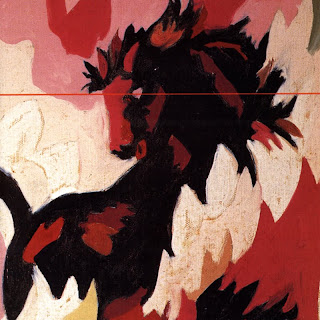