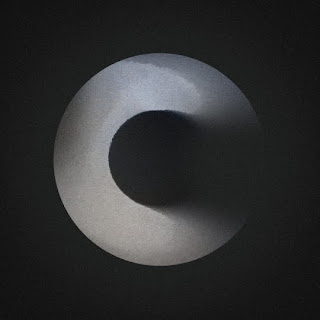 There was a period in the latter stages of 2010 that it seemed like every second post here on Sonic Masala was about some musical project tied up with Justin K Broadrick, whether he was releasing stuff as Jesu (including a brilliant Christmas track), playing with Godflesh, touring, re-releasing past glories, producing and/or playing with smaller, up-and-coming acts...

Well, look that comfortable, reliable glove, Broadrick is back and it feels fantastic. This time it is as Pale Sketcher, which is essentially Jesu, but more electronically rendered. After Opiate Sun saw Jesu fusing guitar fury with digital glitches, Broadrick felt that he was steering away from what Jesu was essentially about. Pale Sketcher then feeds into the study of sound but with a different medium, with the first forays into the recorded form being remixes (most notably of Jesu' Pale Sketches album).

But now we have something that is exclusively a Pale Sketcher release. Seventh Heaven is an EP that mines both the sounds of the digital age and the ambient nuances that he explores in his current 'day job', creating something that is akin to UK fusionists Seefeel (who also brought a great album out this year, well worth checking out.) There is a real sense here that Broadrick is still in his infancy when working out a noise palette for this sonic collages, yet as he grows as a producer, the structures he will mold in this mode just may beggar belief.