Travolta Given The Chance At Another Comeback - via Oxford 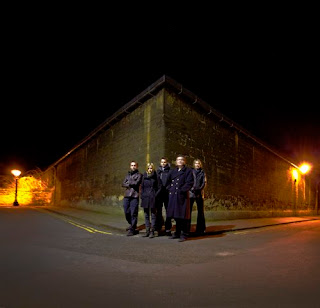 The Rock Of Travolta hail from Oxford, a place that along with Leeds has produced its fair share of post rock behemoths in the past. The quintet have been around for a while - their last LP, the critically well-received and John Peel endorsed Uluru, came out eight years ago back in 2003, and Radiohead personally chose them to support them after its release - and finally, after a self-imposed exile and a lineup change, they are ready to drop their newie, Fine Lines.

The band - Jennie Bates alternating between playing bass, keyboards and cello, Matt Spooner playing guitar, bass and keyboards, Dave Warrington on guitar, Joe Durow on drums and Jon Carter playing bass - have carved out nine songs of bombastic, meaty riffs, coupled with thunderous percussive beats and atmospherics due to electronic glitches and the majesty of strings. There are times that you feel it shouldn't work, especially on opener 'Rock By Numbers', but it invariably does - 'The Goddamn Remote' is one track that showcases all elements of TROT's repertoire. Yet their most complete piece is the closer 'Something's Wrong With The TV Generation' - a slow building track that follows in the tire tracks of Mono or Slint at their earliest and most beautifully brutal. Good stuff. 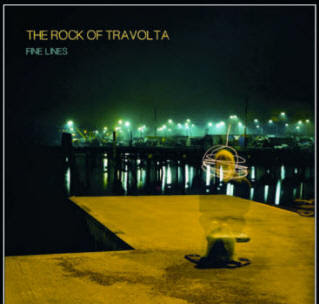 Fine Lines is out on Big Red Sky Records on March 14th. The Rock Of Travolta will be playing at Monto Water Rats March 9th - well worth checking out.