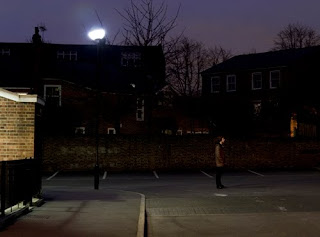 I have loved London's Talvihorros (AKA Ben Chatwin) and his guitar compositions since hearing 'The Blue Cathedral' early last year, courtesy of the cool Bad Panda collective. Since then Ive kept in semi-regular contact with him to check up on how he has progressed. Seems quite a lot - whilst he may never complete his experiments with the physicalities of the guitar, he will still keep carving out stellar results such as this. It was released on the UK label Rural Colours' subscription only list - but now you can have at it below!