Hits From The Box #7 Morning kids! Im typing this whilst hungover, staring out the office window at a blue sky, green foliage everywhere, the smell of freshly mown grass in the air. Im pretty happy - this weekend Ive caught up with long-lost friends, finally met up with Mark Sultan after he put on a blistering one man show, and job prospects are starting to line themselves up. I also remembered why party pies are thermal grenades of death, New York Slice is evil unless eaten at 2am, and that I can almost fit my mobile phone into my mouth without choking - almost... These were all on separate occasions, mind - and regarding eating things that I shouldnt - but still these are thoughts to hold on to. 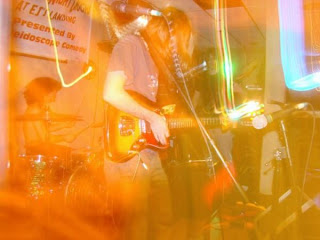 Starting off this week's Hits From The Box is Mother Sun Flower, a moniker that deceives the listener as to what this stoner metal/psychedelic rock/guitar worship trio from the streets of Baltimore is all about. These guys play music fuelled with fury, flaying the skin of their bodies in a writhing sea of rage. If you know The Flying Eyes (heavy-psych rock) or Whoarfrost (psychedelic grindcore) from the region, then you know what to expect here. They have released their first EP and its a rollicking steam engine of degradation. You can get the EP Mother Sun Fucker here - taste the opening track 'See The Enemy' below. 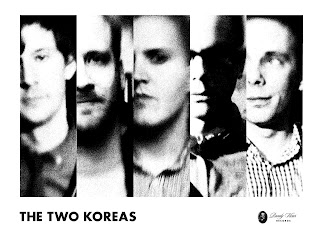 "These guys are local heroes of mine ... they get together, under the cover of night, sporting patent white leather shoes and rock your face off while you're not looking. Gives me hope for music and all things unplanned."
Whilst my enthusiasm may not be as high, The Two Koreas do have a lot of potential on offer here. They extract the best from favorite rock subgenres including kraut rock, garage, punk, and indie rock, and carefully configuring these potentially explosive substances into one cohesive mix. With Science Island, Two Koreas' third and latest album, the band introduces listeners to some ass-kicking rock 'n' roll and attempts to unveil a new subgenre of its own design: "Glacial-Garage" ("GG" for short). On "Midnight Brown," Two Koreas offer up a quick, punchy nugget of pop which combines primal grooves, expansive and droning guitar lines, capped off with a Motor City-influenced proto-punk sneer. Armed with this potent weapon, upon the release of Science Island on March 1 via Last Gang Records, the Two Koreas hope to take the Western World and much the outer Melanesian Islands by storm. 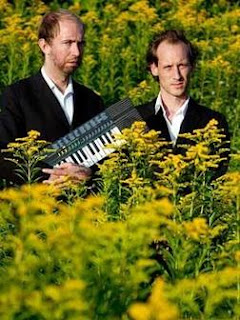 Mackaper is an instrumental organ-driven band from Stockholm. The band started with Markus Hulthen and Per Nyström (also a member of the Concretes), both playing organ and a drum machine, some nine years ago. Today the band has expanded to include drums, baritone guitar and saxophone in the live arena, and a whole plethora of instruments and effects in the studio. A bit psychedelic, Mackaper intertwines elements of krautrock, folk, and a little freeform, creating some stark, ethereal mood music. This month is the release of album When All Is Sad And Dawn, which was produced by previous HFTB-er Elias Krantz - you can check out what we thought of him here.

Check out track 'Atlantis' below, as well as the video for 'Tale Of Tales'. 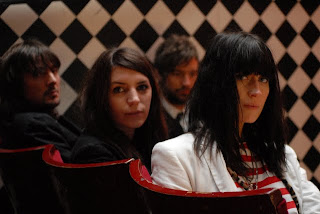 Scanners' single Salvation/Baby Blue is out on February 28th, preceding their second album Submarine out March 21st. 'Salvation' is a dark affair with vocals that resonate through the track in a way that is not dissimilar to PJ Harvey. The lyrics are spine chilling with drums that crash at the points where they are at their darkest, all set of by a brooding, new wave bassline. And like a true B-side, 'Babe Blue' is the complete flipside of 'Salvation', all lush and sunny. These guys are going places - 'Salvation' has been put on the soundtrack of Gossip Girl after all...(Hey, if its good enough for Sonic Youth...)

The band are due to embark on a full UK tour, see below for deets. 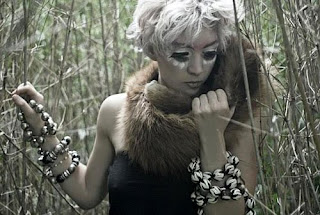 Dimblely & Capper is the alias of south London singer, producer and remixer Laura Bettinson. Backed by a group of black clad, white mask wearing musicians, the live show is a percussive, organic sounding experience, and has led to support slots with the likes of Local Natives, Chew Lips, Casio Kids and Hockey - where she often undercuts the leading act. The AI lovechild of Alison Goldfrapp and Siouxie Sue, D&C is poised to release single 'Let You Go' with B-Side 'Raise It Right' (on TAPE Records), both of which can be sampled below. She will be playing The Social in London on Wednesday (16th February), whilst she can also be seen at Hoxton Bar & Grill on the 25th.

Let You Go by Dimbleby & Capper

Raise It Right by Dimbleby & Capper 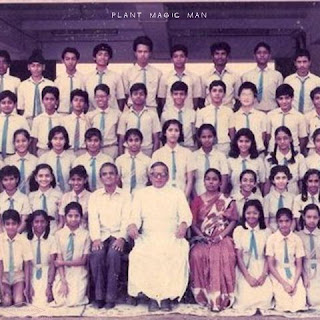 Finally, Plant Magic Man... I received this in the box with very little fanfare, which usually has me throwing it in the trash post haste - but the above picture, the cover art for the EP Julie Kirgo's Album, had me intrigued. Now, I havent quite worked out if this album, purportedly recorded in 2008, is great - but Ive been hooked on it. The six song EP, coming in at under 10 minutes long, is crackly, echoed, fragile folk pop, with a decidedly quirky slant. Its ballerina-in-a-jewelery box like sound is haunting as well as endearing, like a Siren recorded on a 4-track. If anyone can tell me more about this, Id be greatly appreciative, as this bizarre release is stuck in my head, and deservedly so.