Herbivorous Alchemy Is Back To The Future 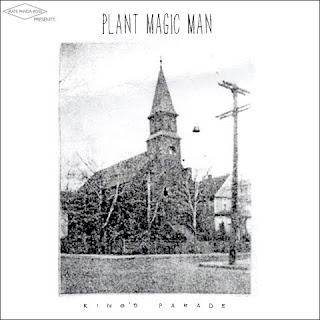 Last week's Hits From the Box saw us champion the lo-fi efforts of Plant Magic Man and his Julie Kirgo's Album record, less than ten minutes of echoing, archaic folk tape alchemy (see here - scroll down to the bottom). Supposedly recorded in 2008, it was an oddly effective release. Its less than a week then that I find another release dropped into the inbox, titled King's Parade - its more of the same, although with more fully formed songs on offer. I am still none the wiser as to who Plant Magic Man is - if someone can tell me more, please do so!

King's Parade is out on Irate Panda Boss, who put out the last release and are putting out the next four (?) before releasing Dogson: Recordings 2008-2010, which is music sampled from these releases...

I dont know, its doing my head in! But the music is good, so thats all for now...