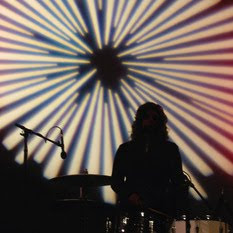 C'Mon is the title of the new Low album due out on April 12th on Sub Pop. From all intents and purposes we might be seeing a much brighter outlook from the revered Minnesotans, which is good or bad news depending what quarter you come from - Alan Sparhawk says that the album will be “warm, pretty, large like Nashville without the country. Mim (Parker) and I are talking to each other in the lyrics, sometimes it's not pretty, but it's as honest as love.”...

Any new release from Low is amazing news,and we even have a taster in the form of 'Try To Sleep', which is as breezy as these guys can get. And it gets better - besides an intimate show at St David's Sanctuary at SXSW, they are playing Radio City Music Hall in April with Explosions In The Sky (if you are anywhere near New York on the 6th of April, this gig is an absolute imperative!), plus playing at Primavera Sound and a headlining show at the Barbican in London on June 3rd. Ive seen Low a number of times - an intimate show at Brisbane's The Troubadour being an absolute highlight, where they employed Mick Turner of The Dirty Three on support duties - and these will be unmissable events.