Ponytail's Last Chance To Do Whatever They Want 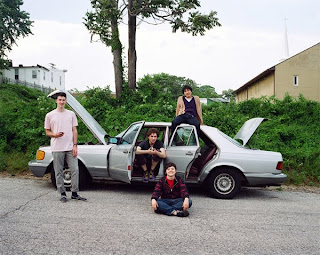 One of the saddest pieces of news last year was that Ponytail had called it a day - for the time being. We have since seen guitarist Dustin Wong release a solo album that gathered some critical kudos. Well, we Ponytail fans can rejoice in the knowledge that we will at the very least get a new album out of them, even if they arent necessarily going to tour it. Do Whatever You Want All The Time was recorded before/during/after the breakup, and is being released April 12 by We Are Free. Below is a nice little mashup of the album song's

Do Whatever You Want All The Time from WEAREFREE on Vimeo.

And here is a track to reminisce of times gone by...