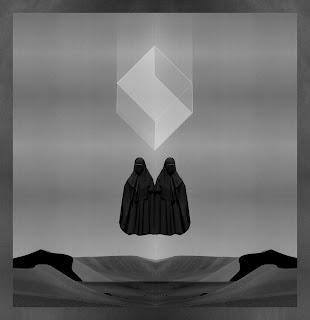 Carpark Records - responsible for putting out Toro Y Moi's Underneath The Pine (gee, this album really made an impression on me today...), pointed me in the direction of Young Magic, an Australian one man psych-synthostrobic act, and his 7" release You With Air/Sparkly. Its a slick groove-laden release, both songs evoking a sense of dark ambient electronics that are akin to Sonic Masala faves Forest Swords, especially in 'You With Air', in their disparate and hypnotic take on the soundscapes that many drag/witch house labeled acts have tried to commit to tape and have consequently eviscerated beyond repair. I mentioned earlier that there are bands to have come out of the murk that was chillwave to evolve into altogether more ethereal musical beings - Young Magic barely touched the rancid waters, which may speak wonders for his future.

Young Magic's 7" can be bought here - the debut LP is on its way - Im looking forward to it with bated breath. If you are heading along to South By South West in Austin this March, you can see what the fuss is all about - he's on the Carpark/Paw Tracks Showcase, where he'll take the stage alongside such esteemed acts as Prince Rama, the aforementioned Toro Y Moi, and Cloud Nothings - nice.

(NB It transpires that Isaac, the brainchild of Young Magic, used to be in a flamboyant and ever-so-slightly shit Brisbane act called Flamingo Crash, but is now based primarily in Brooklyn. This may explain a lot for his heady evolution in sound...)
Posted by Brendan T