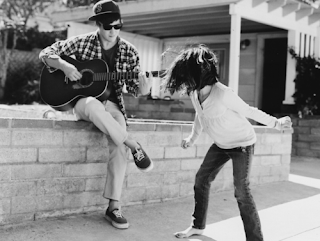 Love him or loathe him, Wavves is everywhere at the moment. With incessant touring, mucking about with stoner 'bestie' Best Coast, marketing drug paraphernalia, developing his own strain of marijuana - for a slacker, Master Nathan Williams is awfully entrepreneurial. But there is still music to be made, and he is pouring into a lot of that too. He's been releasing songs on his own for free, the latest being 'Horse Shoes' - and Im loving it. It harks back to Wavves-era dissonance and malaise, which is what I loved about him in the first place. This track has been kicking around for a while, as it was written some time ago with a Mister Zach Hill helping out on the skins - nice.

I mentioned tours - Wavves is on one in Australia from next week. Next Tuesday (March 8) sees Wavves touch down in Brisbane, dominating The Zoo - this will (hopefully) be an ace show.

Email ThisBlogThis!Share to TwitterShare to FacebookShare to Pinterest
Labels: Wavves