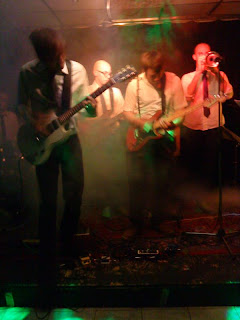 The post/krautrock ensemble Empire Express are based in Stockholm, Sweden. The band has been embraced by artists like Broken Social Scene, Stars and Faust - all Canadian bands/artists/collectives, and won The Music Think Tank International Awards & Festival 2010 in their genre with the song 'Stronge 7 km'. Their "top friends" on Myspace list Explosions In The Sky, Mono, Godspeed! You Black Emperor, ...And You Will Know Us From The Trail Of Dead, Do Make Say Think and Dinosaur Jr. They have only played a handful of shows, almost all of which have been in their home country.

And whilst this will give an indication of the calibre of this group, forget all that. You must know only this - Valleyland is fucking amazing. This is the kind of post-rock album that the titans refrain from making anymore, so thank you Empire Express! Valleyland has the perfect blend of harmonious melodies, whimsy and cascading sonics, so much so that opener 'Stronge 7km' - their first ever written song - was hailed by Faust's Zappi Diermaier as his favourite song ever. And he isnt half wrong - this entire album is exquisite, in the way that Explosions In The Sky are, but with horns. Thats Empire Express in a nutshell then - Explosions... with horns.

If this band doesnt go stratospheric this year, its a crime. Do not miss out on this one - pick it up ASAP and guaranteed it will become jammed in your subconscious for days - nay, months - to come. Gush...

Valleyland is out now through Western Lodge Records. 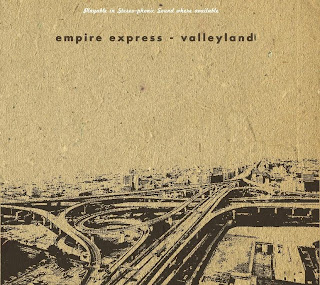 Email ThisBlogThis!Share to TwitterShare to FacebookShare to Pinterest
Labels: And You Will Know Us From The Trail Of Dead, Dinosaur Jr, Do Say Make Think, Empire Express, Explosions In The Sky, Godspeed You Black Emperor, Mono