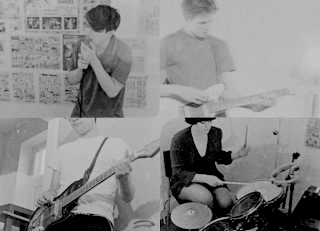 Thee Ludds - a band we like that we mentioned earlier this year - are playing a Club Fandango gig tonight, which is pretty ace as we brought the two parties together - just doing our part for the greater good! So it may not be a Sonic Masala gig, its got our whole hearted support. Head down to the Buffalo Bar tonight to see Thee Ludds alongside Jenners Field and The Raphaelites - its a fiver, so no complaints!