These Paper Cuts Don't Fade Away 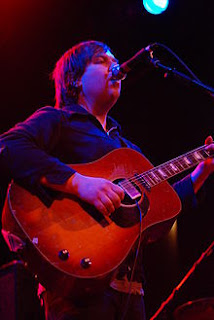 Sometimes it takes a "right place-right time" type situation before someone can get their sound (or shit) together. The National had to wait til their brilliant fourth album Alligator before the plaudits trickled in, and its was another two before they climbed onto mainstream festival stages.
For Jason Quever, the San Fransiscan that calls himself Papercuts, four could be the lucky number also - his latest album, Falling Parades (his first on Sub Pop), is a lyrical, windswept gem of dreamy, spangly guitar pop.

Whilst his music has garnered praise in the past, and he has had an impressive support slot tally - playing with the likes of Grizzly Bear, Camera Obscura and Beach House - two things seem to have fallen in place here. Its the production values that really ramp up the warmth inherent in these tunes (thanks Sub Pop), and the wavering beauty that the melodies create are brought together more succinctly, if still somewhat hazy (thanks close friends Beach House). These things have allowed Quaver to expand on his dream pop meanderings, whilst also crafting songs that are concise and more complete than in past offerings. 'Marie Says You've Changed' has an, almost marching band like coda at its end; 'Winter Daze' takes a colder hue to its dreamlike canvas, the brushed drums and minimalist piano offering heartbreak between the spaces as well as swelling within the sounds. And above all, Quever soars, his lyrics as elegiac and melancholic as you could expect - but there is something refreshing in his search for the subtleties that lie inherent in what makes a pop song tick. These songs wont bludgeon into sugary submission; rather they will caress you, lull you away from you preconceptions and lure you into the hazy night, never to return... 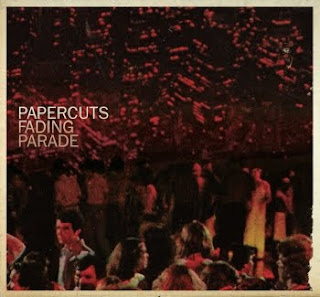 Falling Parades is out on March 1st.