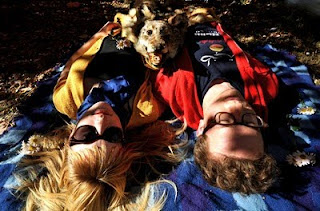 Baltimore's indie folkies Wye Oak are bringing Civilian to life via Merge Records/City Slang in early March. Its going to be intriguing, as they have employed John Congleton to twiddle the knobs in the studio - he who beefed up the likes of Modest Mouse, Shearwater and The Thermals, adding lushness to boot. And if the title track is anything to go by, we will get a lot of Jenn Wasner's plaintive vocals and lyrics about aloneness, and a lot of Andy Stack's heavy emotive instrumentation - both of which Im more than fine with! 'Civilian' is a great song - one of my favourites for the year.

Wye Oak arent sitting idly by for the album to come out either, currently touring Europe with Cold War Kids (whose new album Mine Is Yours is actually OK - go figure...) before playing two shows in London. They support Cold War Kids at Koko on the 23rd February, but if you wanna just get a taste of the Oak then head to Monto Water Rats the day before (22nd February) - this is also their first ever headlining show in London, so if I were you, this would be the gig to be heading along to. Then they swing back to the US to play tunes with Lower Dens (who swing by London in April with Deerhunter - yay!) and Callers - plus one rad show in Iowa in early April with Titus Andronicus! 2011 - the Wye of the Oak...