Hits From The Box #8 - Later Than A Lobster 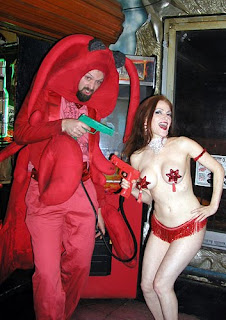 Sorry that the eighth installment of Hits From The Box is coming at you on a Monday rather than a Sunday. I try to do it on the Saturday, ready to drop on the Sunday, as, like God, I like to rest on the 7th day. But I pretty much rested on Saturday too - watched The Wire, worked on the novel and such - before hitting the beach on Sunday. Its the first time Ive been in the ocean for 18 months, and the first time in Australia in over 3 years. And Im all for slipping, slopping and slapping - very sun conscious, that's me - but I had one fundamental flaw in my reasoning - I have developed an impressive English tan. For a regularly pale guy as it is, this posed certain problems. So I may have used the sunscreen, but at the same rate as my weathered companions - hence getting back home unable to move in case my skin split. Still, I cant leave you hangin - so instead of the regular six pack, Ill give you a seventh band for free! Now, how to type this thing without touching any kind of surface... 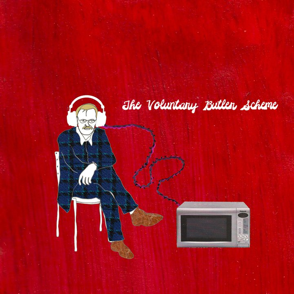 1st cab off the ranks is UK based bedroom pop architect Rob Jones and his musical project The Voluntary Butler Scheme. He has had some considerable success since the release of his album last year, most notable touring the UK with Adam Green and having tracks featured on the likes of Grey's Anatomy (boo!), a Dell ad (hmmm....) and Countryfile (hell yeah!). He has also signed to US indie label Park The Van (home of Dr. Dog and The Pharmacy amongst others). He is prepping this little EP, The Chevreul, four tracks of songs as disparate as anything Jones has ever done - and damned addictive. He has also had opening track 'Do The Hand Jive' remixed by The Go! Team, which is always nice! The Chevreul EP is out March 18th.

To The Height Of A Frisbee by Voluntary Butler Scheme 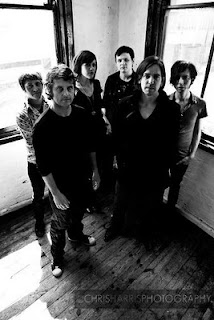 Softlight Kid are a Nottingham six-piece born out of the ashes of bands Six By Seven and Bent, that specialise in shoegaze explosions within a pop format. All the likely influences are there - Swervedriver, My Bloody Valentine, Rush, Spacemen 3 - and this is in full evidence in 'Haunting Me', the first track to be heard off their upcoming, as-yet-unnamed 2nd album. The Midlands must have this genre distilled, to be bought in every corner store. Its a great little track, and may just be enough to sate the appetite til the album is released. They will then be touring, and you can see them support The Joy Formidable at KOKO on 10th May. But to be honest, any band named after a brilliant Captain Beefheart album is worth checking out. 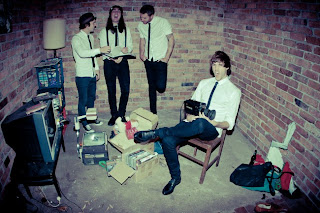 Little Blak Dress, a band out of Newcastle, Australia, have just released their debut EP, Hello Lady, for free - check out their website. You will also see they wear their influences on their sleeve (and all over their blog) - Rolling Stones (God I love 'Under My Thumb' - thanks for pushing me back to it guys!), The Cure, The Strokes, Phoenix... The new EP, produced by Ian Pritchett (The Beautiful Girls, Angus and Julia Stone, Cog), accentuates their mixture of nostalgic late 60s/early 70s rock with more modern, youthful pop rock, and the amalgam creates some hook-laden moments. Buy a physical copy of Hello Lady here. 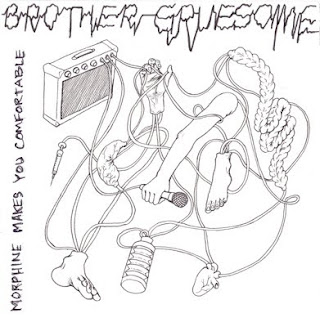 I havent heard their Cassette EP (you can pick it up at their Bandcamp site), but if Morphine Makes You Comfortable, Oklahoma's Brother Gruesome's current 7", is any indication, these guys are a hell of a find. Describing themselves as The Cars meets Sebadoh, these two tracks emphasise the band's penchant for intense melodies and dark themes, whilst opting for an electrified sound that steeps their sound into a degenerative squalor. A-side 'Tubes' focus on the notion of hearing a loved one's final words echoing down a telephone line, whilst 'Needles' is a squalling meditation on the chemical side of dying, whilst also reflecting on an "interesting" stick-and-poke tattooing session, all capped by the great artwork depicting the complex balance between musical ambition and deteriorating health... Purchase Morphine Makes You Comfortable from We Are Nice People Records, and if you are in Austin for SXSW this March, dont miss Brother Gruesome. 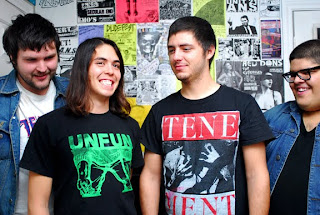 Now for a forward-thinking throwback to new-old school rawk - meet Occult Detective Club. These young Texan upstarts revel in the spirit of 70s garage punk, and you cant deny the hefty shadow of The Ramones over the tracks on 2nd LP Crimes, all of which are great things. They are touring relentless all over the States in the upcoming months - check out the dates here - but if you cant catch em, you can pick up the album on Alive Naturalsound Records here. 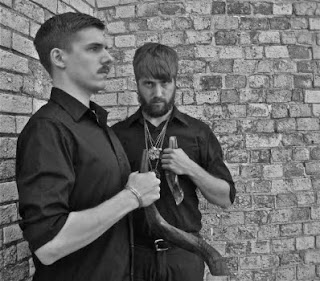 Now we have Wreathes from the Bathetic Record stable, a Wisconsin duo who have carved out two slabs of haunted folk music. I have really fallen for the tribal psychedelic arcana sound of late (Sun City Girls, The Skull Defekts, Joan Of Arc), and Wreathes follow in this vein, albeit with a noticeably more acoustic approach with smatterings of electronic manipulations. It is the commanding presence of Nathaniel Ritter and Troy Schafer, their voices ever-locked in the soaring harmonies of the underworld, that make these two tracks truly captivating. You can pick up The Reigns/Full Turn, out on March 15th, here. 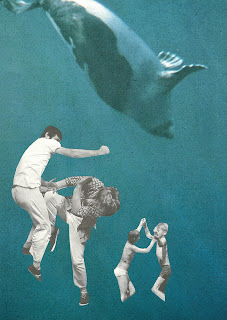 And finally, south-east England's Art Is Hard Records have their 3rd release prepped and ready to go, and its from Cardiff/Yeovil eccentric My Name Is Ian, equal parts Daniel Johnston, 90s college rock, and Casiotone. The folks over at Art Is Hard work hard at creating unique releases, and this one is no different - a three part cassette club, each cassette coming out on the 1st of each month, starting on March 1st. The releases are Computers Make Noise (for fans of Casiotone for the Painfully Alone, Lonely Ghosts, Former Ghosts, maybe other ghostly named bands?) with a bonus extra in the form of A Day In The Life, a handwritten and illustrated day in the life extract from Ian; Big Foot Where Have you Gone? (for fans of - Beach Fossils) - the bonus here being a signed ‘sexy people’ style photo; and finally the 3rd, as yet untitled EP (for fans of Yuck and The Wave Pictures). The bonus here is extra special - Ian has rescued 20 charity shop cassettes and as well as bringing the artwork up to date has also covered the song on the cassette exclusively for each Man Club member.
To get these releases, you need to sign up, with the aim to put the fun of anticipation back into being a music fan at the bargain price of £12.79 including everything, even postage!
Go here if you are interested - there are only 20 spots on the membership - its a very rad concept!!!

Happy Sunday/Monday! Now where is that aloe Vera...
Posted by Brendan T