No Shouts, No Calls From Within An Aeroplane Over A Field Day

Three bits of amazing news in the space of one day for lovers of music everywhere! 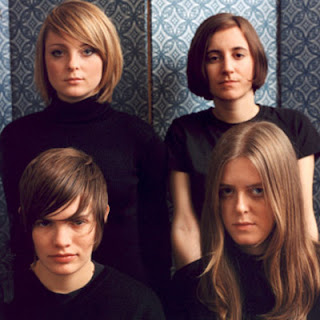 The first was the announcement that Brighton band Electrelane were calling an end to their hiatus and announcing some shows, one of which is Field Day. This is amazing news. I fell in love with them when I randomly bought 2005's Axes based on a written review, then fell in love with guitarist Mia Clarke when she rocked it in a Ramones T-shirt on a sweaty night in Brisbane the following year (and did a kick-ass guitar collaboration with Andy Moor of The Ex - she is my dream girl!). The all-girl four-piece have crafted an intricate middle ground of atmospheric instrumental rock and quirky indie pop (guided by Verity Susman's distinct vocals), one which has been devoid of any real quality since their departure. 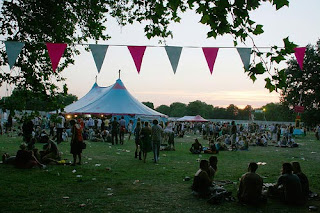 So this news threaded immediately with the second tidbit - the first Field Day lineup announcement of 2011. Coming down on Victoria Park in August, the lineup features the aforementioned and celebrated Electrelane return, but also includes some doozies - Tortoise, Ariel Pink (possibly without Haunted Graffiti?), Actress, Oneohtrix Point Never, Twin Shadow, Omar Souleyman, John Cale, Hype Williams, Mark Kozelek, Gruff Rhys, Factory Floor...and that's just the beginning. Looks like one to put into the diary - or better yet, get your early bird tickets now for 35 clams! Do it! 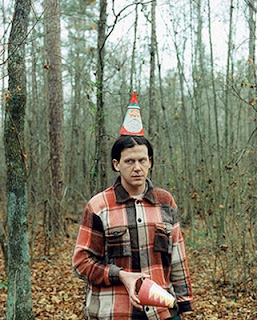 Which leads me to the final piece of gooey goodness. Renowned recluse Jeff Mangum has been crawling out from under whatever nondescript rock he's been under to play some shows of recent times, including pieces from his seminal album In The Aeroplane Over The Sea under his non de plume Neutral Milk Hotel. If you havent heard this album, shame - it is one of the best albums ever made, without a question of a doubt. So the massive surprises continue as All Tomorrow's Parties announces that their next festival curator, for the end of the year at Butlins, Minehead, will be none other than Mr Mangum! With that confirmed, plus acts such as Superchunk and The Raincoats, with the latter confirming that they will play their self titled debut album in its entirety. Tickets for this bad boy go up on Friday at 9am (UK time) - get cracking on it!