Hits From The Box #6 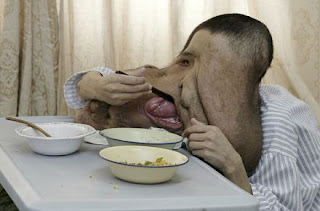 I sit in the office writing up this week's Hits From The Box in a condition that I have become rather unfamiliar with in previous years - its fucking hot. Sweat is dripping off me; my shirt is stuck to me; my hangover is beating down on me...but all for the greater good. Cos here we have more Hits From The Box to start off your week... 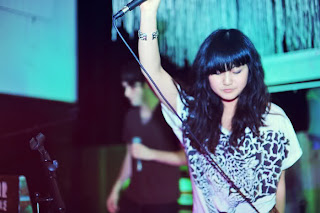 Year Of The Tiger are an electro-rock trio from Brooklyn (consisting of a computer (Henry controls beats), guitar (Kevin wields the axe), and a mic (Sable AKA the mouthpiece)) and have just released Good Day For A Tiger, their first EP. Whilst some of their stuff is inevitably going to be compared to the 2010 zeitgeist-y Sleigh Bells, there is a level of wanton abandon and a 'just get shitfaced and lose yourself on the dancefloor' attitude that adds a certain amount of angst and abrasion here. You can pick up this EP for free too - nice little bonus! 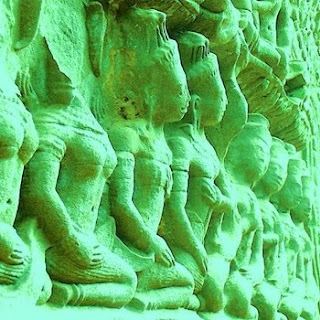 Concubines is a one-man indie band that straddles the pop spectrum of the past 30 years. In late 2010, having spent the past four years touring and sleeping in the back of a beaten up old van, the last other founding member of Andy Death's (AD) then noise rock band, Ono Palindromes quit. With the only seeming option being to begin searching for another new member to join the fold, AD retreated into the converse worlds of pop and experimental music. The result? 'Darkness', which is a brooding synth-swathed number that grabs elements of Gary Numan, New Romantic pop, and David Bowie. AD is now penning more material with recording due to take place in late February, with an initial EP release pencilled in for May 2011. AD is currently in the process of recruiting members to bring Concubines to life in a more intuitive/ natural way befitting a live show. 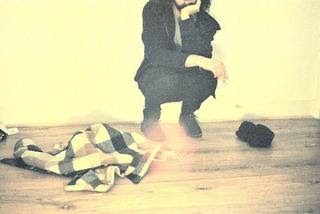 Like Concubines, Harry Crampton is one man stepping out to carve a new groove in an existing formula.Harry has been playing as a solo artist around London for the past year, he has now replaced his acoustic guitar for an electric and is currently working on a new EP which people have already started to compare it to the likes of Sonic Youth, Pixies and Tom Waits. Im not as convinced, but his 'Cut By The Sand' shows some promise - the caught at the bottom of a well vocals and shoebox reverb guitar swells are impressive. Certainly one to keep an eye on...

Harry Crampton - Cut By The Sand 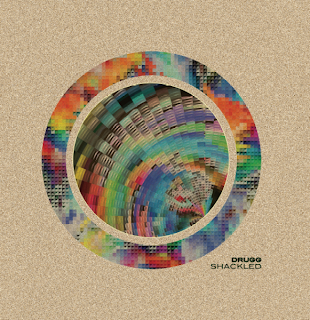 Drugg are a new act about to release Shackled, a 12" EP on This Is Music. This London duo are generating a bit of buzz already - Impose Magazine featured them recently - and I can see why. The insistent electronic soundscapes crafted by Drugg are enhanced by the people they collaborate with (such as ambient darling oOoOO, who they are also supporting at the Old Blue Last on March 24th), none more so than this remix of their track 'Crooks' by Visions Of Trees. 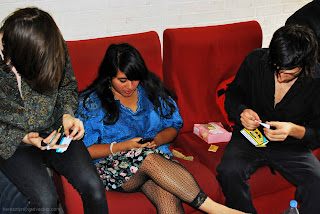 Its an interesting world in the orbit of (ex) London act Panic Attract. One side project, A Sofa Made Of Dust, has made the rounds already here on Planet Sonic Masala, whilst we featured the new sounds of the band that has risen out of the ashes, Pet Scenes. Now Greg from the band has announced his own gear under the moniker Vad Vacker. Its dark/cinematic electronica. And to keep the intermarriage thang going, one track 'All Dressed In Stone' features Bob Constant from A Sofa Made Of Dust.

Vad Vacker - All Dressed In Stone (ft. Bob Constant - A Sofa Made Of Dust) 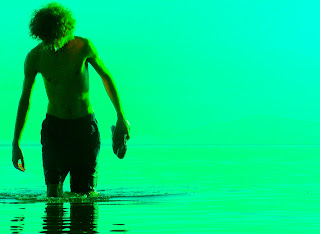 Finally, CatNip Tea. After a several year hiatus and relocation, this ambitious Santa Fe band have released Act I, The System - Live At Stage B, a four track album that showcases their prog rock in its live capacity. It works in some places, meanders in others, but is an interesting release all the same that you can check out here.

Email ThisBlogThis!Share to TwitterShare to FacebookShare to Pinterest
Labels: Catnip Tea, Concubines, Drugg, Harry Crampton, Hits From The Box, Year Of The Tiger