Dont Put Moi Underneath The Pine 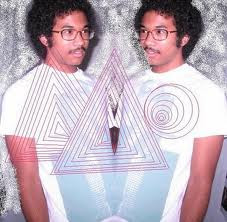 Chazwick Bundick hasnt graced the hallowed halls here yet, which is probably not a surprise. What may raise some eyebrows is the fact that neither has his musical stage name made an impact here. Toro Y Moi has been the toast of the blog intelligentsia over the past twelve months, and for whatever reason I have been able (or willing) to let his musical stylings slide by. Now there is a reason why all hyped bands do not make these pages - Bear In Heaven, seriously, what the fuck? - and especially as for some time (and in some some quarters it is still insistent) that he is part of the chillwave movement. Im not against chillwave at all - apart from the name of course - but there are too many bands lumped in this genre who offer absolutely nothing other than some elongated samples, effects noodling...and no soul. They are blatantly enveloped by the notion that being hip is all it takes - and with his current album being streamed on the Urban Outfitter's website, Toro Y Moi is teetering perilously close to that abyss. 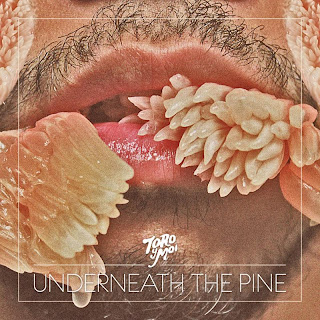 That said, Underneath The Pine (out through Carpark Records 22nd February) blew all preconceptions out of the ballpark. It is a beautiful progression out of the vexed chillwave into a much warmer, soulful place, where melody and song structure holds sway with a definitive wink and nod to 70s funk, with some 60s psych pop colouring the edges. The album is more complete than his counterparts have shown over the past year, which is helped in no small part by acquiring live instrumentation. Songs like 'How I Know' and 'New Beat' brings Jackson 5 kicking and screaming into the 21st century, before busting out the boogie; whereas 'Good Hold' is a warped piano ballad that trips just left of the rainbow fields; 'Before Im Done' is Elliott Smith if he'd grown up in 1960s California; and 'Divina' has a decidedly psychedelic guitar groan at the beginning before become a sunkissed meandering pop track a la John Lennon (!). Yet every track here is bound by two factors - the shimmering soundscapes of the sadly-named chillwave movement, and a decidedly overt basis in funk and soul that pushes each song to a danceable limit. Even the aforementioned 'Divina' will have you swaying like a cloudy-minded hippie -

Now I cannot write off anything that has come before now, being a TYM virgin before now, but Underneath The Pine celebrates both the origins of his synth laden sounds and the record collections of his youth in a beautiful transmogrification of a "then is now" dynamic. This elevates itself above the ambient nadir that chillwave has inevitably become, and chooses to embrace the future. Toro Y Moi may have been besmirched by the notion that he helped start this stylistic zeitgeist (along with Washed Out, who are another amazing band that are undeserved of the ball-and-chain elements of the genre moniker), but he has broken these shackles to shine in the spotlight - or, surprisingly, the centre of the dancefloor.

Toro Y Moi is about to embark on an Australian tour, where he'll touch down at Brisbane's Woodland on February 24th (buy tix here), just before the Queensland capital is inundated with hardcore pundits vouching for the Soundwave festival and all it contains. If you want to get your shimmery groove on, this will be the time! He toured the UK at the end of 2010, but he will be breezing his way through there again later in the year.

Underneath The Pine is out February 22nd.