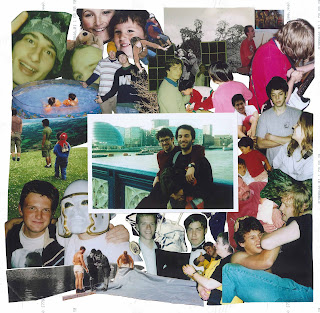 Brighton instrumental raconteurs Illness have got their shit well and truly set to destroy if their upcoming release Some Vegetable Waste is anything to go by. Whilst the duo draw comparisons from the likes of Hella and Lightning Bolt to That Fucking Tank!, its the constant reference to Pavement that may seem to irk some. But it is to Illness' credit that whilst the guitar and drums onslaught errs inherently to the side of abrasiveness, its the soulful pop sensibilities that emanate from tracks like 'B For Bovril' and 'Sorbet' that adds the pastel that brightens the darkness. Still, its when they are at their most angular and raucous that they excel, and when they can marry the two Illness enter their own void, a vacuum of incessant calamity that is at once gritty and euphoric.

Some Vegetable Waste is out February 7th - self released, so get to a show to get this awesome album. They are playing at the Victoria in Mile End on February 5th (for free no less!), then are embarking on a UK/Europe tour with P For Persia after then. Catch them at the Old Blue Last on Feb 21st. This promises to be one hectic show - not to be missed!!!

Illness - You The User