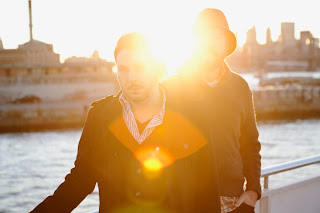 Due to the ebb and flow of Sonic Masala in the past month, there are some releases from certain labels that need to be addressed. Next week Ill be catching up with a whole bunch of recordings put forward by forever-searching Aussie label Tenzenmen Records, but this week's focus is on four releases from Chicago's own sonic explorers, Thrill Jockey.

First up is Centralia, the seventh longplayer from Brooklyn-based ambient astral travellers Mountains. 2011's Air Museum (one of my favourite albums of that year - see what I thought here) is a record that inexorably drifts back into my peripheral visions, what with its ethereal acoustics, elliptical electronics and interwoven, masterful histrionics. The duo has always been about exploration within the spaces, but Centralia more than any other of their attempts wholly succeeds in flooding their sound with presence; a world within the sounds. Everything is meticulous, its nebulous structures built on gradual ebbs and swells of static, washes of noise that are melodious, spacious and enveloping, like the clearest, deepest waters. Opener 'Sand' coalesces into a marathon of blissful shimmers and echoes before fading away with an elegant cello. There are acoustic flourishes, ephemeral pulses, and sudden dark squalls of white noise. The fact that the mammoth 20+ minute 'Propellor', anchors the album rather than dwarfs the rest of the tracks here provers how masterly the construction of the world within Centralia has been. The guys did pretty much every aspect of the production process themselves, and this all-encompassing attention to detail is the final essence that drives home how impressive this sound collage truly is. This isn't ambient music - nor is it otherworldly. There is something inimitably relatable to the album - there is a sense of space as place here, territories created that deserve to be inhabited. And if you are willing to give yourself to the experience, you may never wish to return to the real, or any other, world. 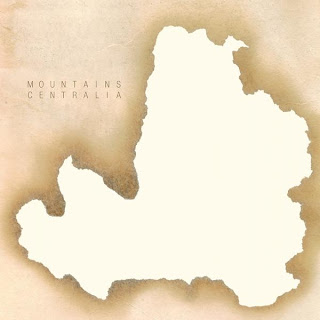 Centralia can be gleaned here. Seriously, if this is your thing, Mountains are incapable of steering you wrong right now - their opus doesn't just score your dreams, it creates them. Mountains are touring Europe in May (including another show at London's Cafe Oto - I don't get there til late June, so miss them again...), so have a look at the below dates and get your tickets.