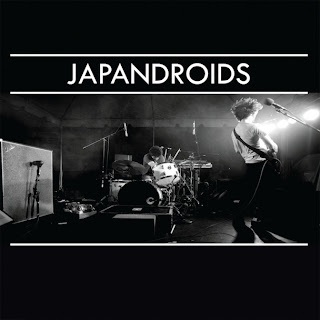 Japandroids have kept their word with releasing outtakes from fantastic 2009 LP Post Nothing as 7"s, with covers as their B-sides. Its been well documented how much I love Post Nothing, how much I loved their gig at Madame Jojo's last year, how much I want to see them again...and how disappointed I have been in these 7". Here's my post on previous record Younger Us, which at least had a semblance of comparison with the album they were cut from - I didnt even bother with first cut Art Czars...

But I will continue to take each cut at face value, and I must say that Heavenward Grand Prix seems to be somewhat of a return of form. I still feel like the higher production values actually takes away from the inherent nature of what makes Japandroids...well, Japandroids. It also has a good B side (that's one thing that hasnt changed), a spazzy version of PJ Harvey's 'Shame'.

They arent just resting on their laurels either, with continual touring alongside other brilliant acts such as The Walkmen, Frog Eyes, A Place To Bury Strangers and The Thermals, right through to the fringes of winter. Enough to warm the cockles of any old soul.

Email ThisBlogThis!Share to TwitterShare to FacebookShare to Pinterest
Labels: Japandroids