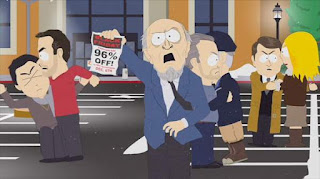 Bypass consumerism deathtraps and just get drunk tonight. And listen to these classic new tracks. Best money you don't really need to spend (although you should head out and buy the records, at full price, support your local scene!) 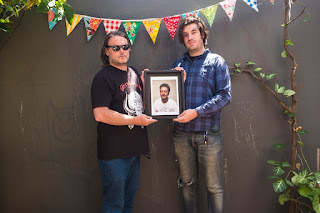 Sydney's Weak Boys is probably the louchest of the louche knockabout guitar pop bands in the country at the moment. 'European Holiday' is about the simple things in life - six pack of beer, Tally-Ho's, maxed out cards and the TAB. And how pot dealers take your hard earned on European holidays, obviously. No one wants to work, and this song sounds like the Boys barely have the energy for it anyway. It's so laidback it's almost asleep, dreaming of holidays in such a staid, banal way that it drips of delusion and surrender. Weak Boys II will be out soon - cannot wait. 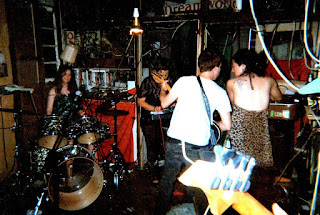 I saw a flyer pop up in Facebook recently for a Brisbane show for some stellar outlier acts (Men With Chips, Deck In The Pit and Piss Pain are all on the bill) that also features X Wave, a band I have only caught twice over their 5+ years' existence but both times melted my brain. It is the kind of no wave noise that claws itself out of the La Brea Tar Pits, designed to trudge on relentlessly, one hacked, stilted step after another, a malevolent force against which there is no protection. I thought they had broken up - but they are the cockroaches of abject derision. Not only do they play tomorrow, they released a split 7" not too long ago with another underground Brisbane mainstay, xNOBBQx - if you want to lift the pavers of the Queensland capital's sewers and see what slithering denizens lie beneath, there isn't a better place to start than here. Out through AG Picks, you can get the vinyl here. (NOTE - the song below is not on the release, but I need to put something here, and I want everyone to go out and buy this bloody record). 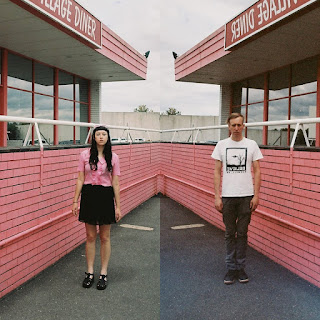 The staccato drum machine, the Theremin-like whine, the bottomed out bass - it's a post-punk Heat Wave! Kurt Eckhardt (Astral Skulls) and photographer Kallindy Williams join forces to shine a sordid glow on the shadows of Australian inertia and hardwired desperation. Their album is called Dead Beats, so yeah, outlook is pretty grim. But with tracks like 'Dead End Town' at least the Apocalypse can be danced to. 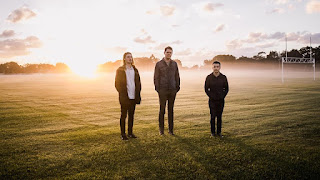 Back to Brisbane now and Leavings, a three piece that focus on rapid, rapacious noise pop. Their 7" on Tenzenmen Records, Sell & Shark, kicks off with a Japandroids-esque fuzzball racket in 'Sell', while 'Shark' trades in the freneticism for a more kinetic tension, yet no less rambunctious, each instrument feeding off each other until they are exhausted, implode, die. It's a small taste of what this new band is capable of - and I have heard the masters for the upcoming album, and they are killer. 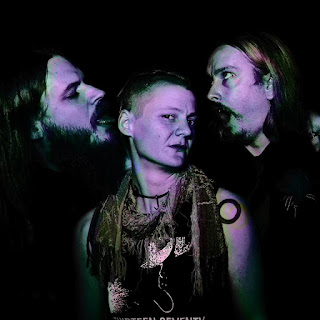 It's weird that a band existed in Brisbane for so many years and released a couple albums, and I have never heard of them. That's Thirteen Seventy for you. Their 3rd album Cover Up The Signs starts off with 'Shadow Of A Doubt', a chamber piece akin to ...Trail Of Dead esoterics, the emotive piano slowly being met by orchestral sighs, melancholy feedback hums, vibrating strings. It's a lovely start, and while the entire album doesn't always gel with me, there are some great highlights, with some touchstones whispering at the edges and making strange bedfellows, such as the aforementioned AYWKUBTTOD, Giants Of Science ('All Horizons End'), Alice In Chains ('Laconic'), and My Bloody Valentine ('Blind') - all in the first four songs. The recordings are rich and dense - it's an ambitious record worth a visit. 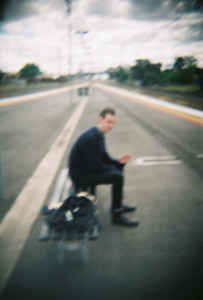 You mightn't recognise the name Alex MacFarlane, but you would surely recognise his work - mainly with The Stevens, but also performing with Twerps and Tyrannamen. Here, as the first (and thus far only) release on Melbourne DIY "label" Hobbies Galore, he has brought out a solo album of recordings, a languid scuzzy exploration of pop and rock permutations that evokes the hedonistic explorative charms of Robert Pollard, Bradford Cox, Julian Cope and Michael Rother. The 23 track release has so many left turns and surprises - krautrock, reverb wonk bedtime murmurs, Eastern tape hiss contemplations, Ariel Pink meltdowns, Beatles fried jams - it is like a sonic diary burrowing deep into MacFarlane's psyche, watching the cream and the crock fall out of his head, littered with nuggets of aural gold. The fact that it is constantly on here in the wee hours as I am up writing, reading, burning the midnight oil, ready to absorb something new, and it's a cassette (I currently only have an old dictaphone as big as a loaf of bread that can play the bloody thing) means there is something very special here. 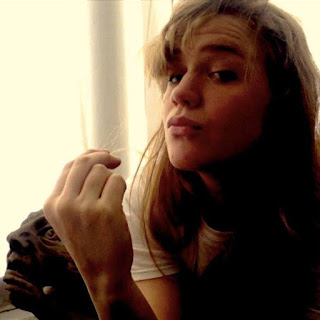 O.K. Permanent Wave, the new release from Melbournite Sweet Whirl, is a dark chasm of brooding Gothic croon, a late night ode to haunted Americana embedded within the Australian consciousness. Rumbling bass and vocals are all that spikes the speakers, and yet each track is imbued with static, slow-motion ramblings along the shadow-stained crossroads and backstreets, the streetlights strobing overhead, the humidity oppressive, inhibition lifted, innocence lost. Caught somewhere in between PJ Harvey,  Angel Olsen, and Liz Harris (all preferably in their early days) , O.K. Permanent Wave is a hypnotic gem of an album. 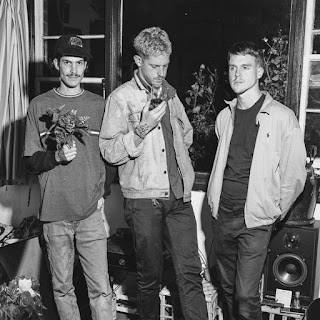 Let's finish off with the sultry dream pop sounds of Pure Moods, a Melbourne threesome that have released a deceptively excellent album. It's deceptive in that it feels kinda lightweight, yet is riddled with hooks and warmth that you cannot help but be buoyed along by its myriad charms. There is the breezy blast of 'Blurb', the maudlin jangle of 'Elisa Lam', the pep and perk of 'Meadow Heights', most of which come with a cathartic crunch that alleviates the languid jams. But the key is in the poignancy of the lyrics - whether it's worrying about never patching things up with your father before one shuffles off the mortal coil, mystifying disappearances, mawkishness approaching manic depression, the stories are eloquent and vibrant. The Ocean Party observations are warranted but a little too obvious - Pure Moods is very much its own creation. Very impressed with this record.