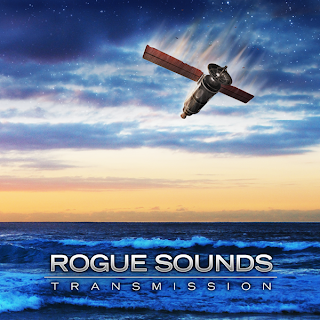 Rogue Sounds are an Orange County collective who plumb the sonic depths to create a whorling rock sound reminiscent of the likes of Russian Circles - and since those guys have been kinda quiet of late, its good to have the new guard on board. Being their first official release, Transmission is in EP fit to bursting with heavy distorted riffs, allowing space for softer passages before spiralling out over the abyss once more. Overall though it is a very controlled affair - nothing is untoward, nothing feels on the verge of implosion, explosion or erosion. And in some ways that is a disappointment - I feel that Rogue Sounds can go above and beyond if they are willing to let the music lead them, not the other way around. Anyway, time will tell. Either way Transmission is a nice introduction, out now.