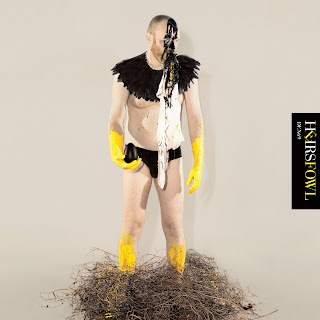 After their dangerously impressive LP of last year Alchera sunk some minor populated islands in Australasia due to its brooding, then punishing sonic squalls, I wasn't expecting to hear from Heirs again so soon - well, not until they had done their penance in the Underworld. But being the chronic hard workers that they inevitably are, they have just carved out Fowl, out today in Australia in CD format. It is as bruisingly brilliant as you would expect if you've had the pleasure to have heard them before - Alchera would have made my top 10 list of last year if I had heard it then (I only came across this album in March). With this release, Heirs have thrust themselves into the heavy instrumental scene as the New Guard, to join the ranks of veterans such as Isis and Pelican.

I would be remiss if I didnt mention that Fowl, whilst incessantly brutal, is an achingly beautiful affair, a result of the core songwriting duties baton being passed from drummer Damian Coward to guitarist Brent Stegeman. Anyone who is a fan of this genre will recognize this - who the structures of these songs, when done correctly, caresses rather than just bludgeons. Whilst 'Dust' spends over half its 8 minutes slowly building tension before breaking into a storm of noise that is pinioned by the incessant monotonal drumming (which is a compliment by the way) - a la later Godflesh - tracks such as 'Mother' and 'Drain' provide a one-two punch of perfectly orchestrated maelstroms of emotive white noise, closing the album in an immense and - aptly - draining fashion. They have not played rote Isis material here - they have maintained the dark ferocity that this genre expects - nay, demands - and by opening themselves to its cousins, post rock and industrial rock, and a noticeably darker slant on electronic programming, they have provided themselves with a wider sound palette, certain nuances, sound structures and electronic preamble, than many of their contemporaries - Red Sparowes, Mogwai and Trent Reznor are touchstones here, particularly at the tail end of the record...

Released by Denovali Records (home to Her Name Is Calla, worriedaboutsatan, September Malevolence, and Kodiak) Fowl is a behemoth of a record, a pugilistic triumph of the senses. Every member of Heirs is in the right place - its precise, its meticulous, its haunting, its ear-shattering. And regardless of what story its telling - the perverse nature of feeding on filth for entertainment, to sate our hunger, to gratify our sexual appetite, to facilitate our survival - the end result is that at the end of this ride, you will be bruised, battered - and enlightened. 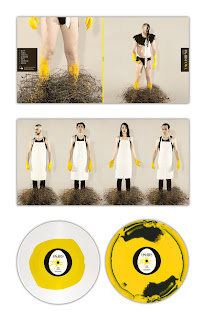 Fowl is out now in Australia in CD form. The UK has to wait a few weeks til October 15th to get it, unless like me you sent away for it - but its better to pre-order here, so you can get vinyl versions - and there are three different packs - yellow/white vinyl (150pcs), yellow/black vinyl (150pcs), and good ol black (300pcs). The rest of the world will have to wait until November, so we have first dibs. Also (and this is great news), Heirs are touring Europe in October, starting off in the Netherlands on the 6th. They make their way to England, where they play not one but TWO shows in London - plus some random outer capital drops - here are the dates/venues:

These are mental venues to see an act of this magnitude (AKA small seedy metal venues). I, for one, cannae wait.