Champions of the Fur State 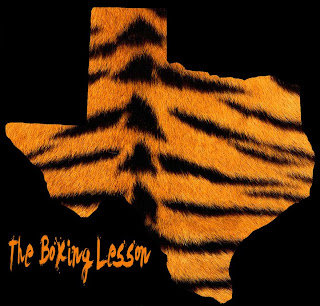 The Boxing Lesson - a two-piece outta Austin Texas. I had never heard of them until they contacted me the other evening. So I got to listening. Their new LP Fur State, numbered from 1 to 8 (first eight - fur state - geddit???), is an interesting and intricate listen, the guitar and synth/Moog interplay making for a refreshing take on the ambient instrumental genre. Its not all easy drifts though, as 'Three' bursts out of the blocks with a lovely acoustic/electric double-helix of sound, that segues from time to time into a space Western-influenced score - High Moon, perhaps?
Then I got to reading. The Boxing Lesson have been around in some form since 2002, having put out quite a few releases and garnering a gamut of good reviews across the globe. They are predominantly known as a psych space rock band and have shown their Pink Floyd influences in the past, which makes you appreciate the change of pace Fur State obviously is (originally created in 2006, reworked for 2010). Having had a band of musical members come and go, including drummer Jake Mitchell who was jailed for manufacturing marijuana, its been a long and arduous journey...and its set to continue.
You can purchase Fur State in mega rad of death orange cassette from their bandcamp site! 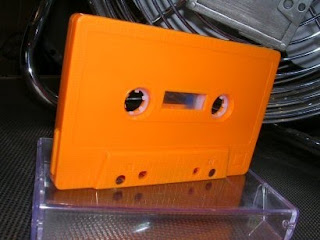