Touching up the Monotonix 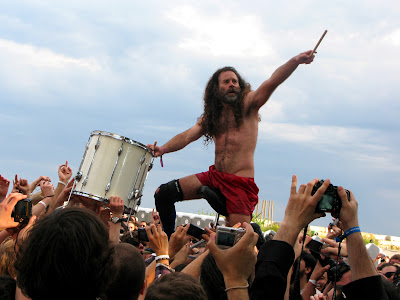 Monotonix are playing Camp Basement tonight. If you know about Monotonix then I don't need to tell you that the Israeli trio have overwhelmingly carved out a place as the most entertaining live band currently touring. Who else plays their drum kit on top of the crowd on such a consistent basis?

I could go on about Monotonix's insane and riotous live sets but that would be missing the point. You really have to take part to understand. Even some pics and a vid from this year's Primavera might give you a better idea. But the point I wanted to make is Monotonix don't seem to attract the same amount of column inches about their recorded wares as they do their live exploits, so I thought their London show tonight would be a good reason to post a track form their twin 7"s, Never Died Before and Fun Fun Fun, out on Drag City, from back in April, and the legendary Set Me Free for good measure.

So now you can listen to a bit of Monotonix as well as 'feel' them live! And if you don't get to see the Israelis tonight, try crowd surfing with a hairy tramp on the top deck of an overcrowded tube replacement bus with these tunes cranking out your headphones, its the closest you're going to get!

More pics and Vid after the drop... 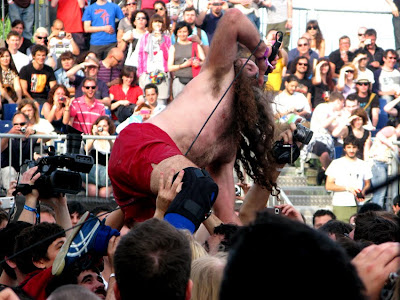 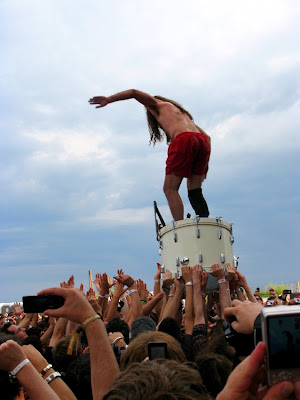 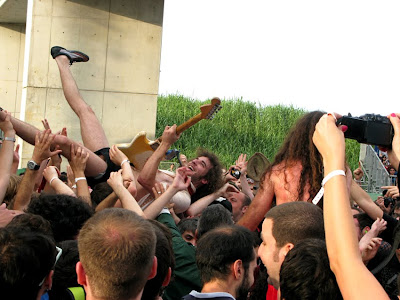 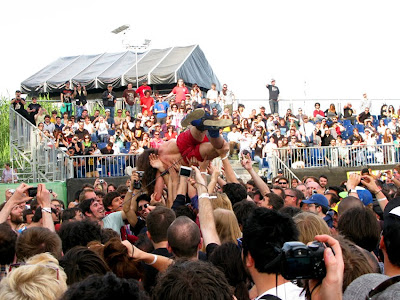