Two bits of sludge is better than one...apologies!!! 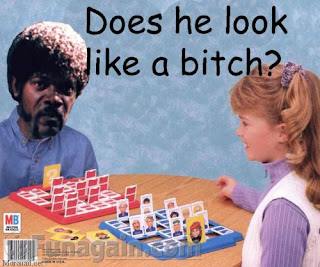 Apologies to any Sonic Masala acolytes who long for their fix on a regular daily basis. But it had to happen - we often put up four, five, even six posts on a day, but on Monday we struck out. This may have happened before, but not when Ive been conscious of it. I even had a post to give you! But I had other things to think of, such as beautiful company, beautiful(ish) weather, a world film premiere at Frightfest, park dwelling, beer swilling - you see where Im going here?

I had better things to do.

There - Ive said it. Which isnt entirely true - but when its the last long weekend of the year, a break in the sun is surely warranted, no?

No? OK, fair dues. Note taken. Therefore today you get the post I was going to post on Monday (now two days late), plus an added extra post, all rolled into one! You lucky devils...especially if you like your rock especially opaque, murky, and goddamned sludgy... 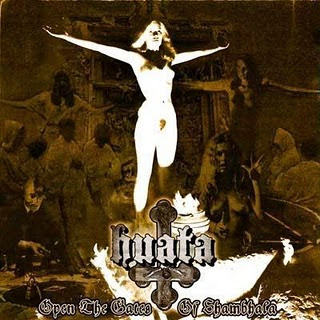 First up is French dark princes Huata. Open The Gates Of Shambhala EP is a bludgeoning affair heralding all the trademarks of a doom/stoner/sludge band ready to march over the moors and be off with your heads. However, there is a certain texture evident throughout that is reminiscent of the likes of Harvey Milk - with song titles such as 'Ratzinger Pussycat', 'Jozef Frizl Syndrome' and 'Rotten Dick', you know that there is a rich seam of dark, almost infantile humour running underneath the dirge. But don't be fooled too much - just because there are smiles to be had, they are short-lived. This darkness is refreshing and unrelenting, with no chaser. 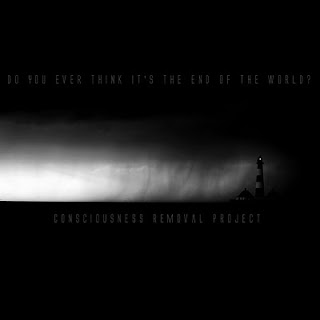 Now for the added bonus. Consciousness Removal Project is a Finnish experiment by Antii Loponen. Now Ive been to Finland - Ive even been to Loponen's hometown of Tampere - and its a transfixing place. And yet there is a sense of idleness amongst the youth that is desperate to be broken - and is often done so through eviscerating music. Therefore CRP proves to be an incredibly heavy endeavour, and latest LP You Ever Think Its The End Of The World is more heavy industrial post rock than sludge rock/metal per se...but CRP are not so easily definable. This album crosses more into the Pelican/Isis vein whilst mating with some of the metal rituals ever-present in Scandinavia. The vocals also swing from plaintive David Pajo-esque croonings to throat shredding roars... Therefore the resulting creation is one of pure beauty, glacial ice and the pitch black abyss. I wasn't sure whether Id like this - I certainly wasn't expecting to love the shit out of it.

And lastly, whilst on the subject of sludge rock, I have been meaning to post about a lot of things of recent times, and one of those things has been Harvey Milk. I am to rectify that later in the week - but until then, here's a clip of 'Ive Got A Love'- from '96's Special Wishes.