Frankie Attempts To Rise Above...With A Lil Help From Her Outed Friends 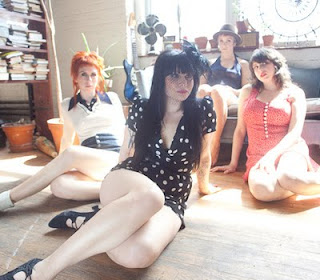 I started writing a series of posts a few weeks back that were somewhat tarred with the angry rant brush. I felt I hadn't gone on a decent rant for some time, and my sniper sights were far-reaching. Paul managed to pull my head in, and whilst my temper still bubbles, I have put my energies elsewhere - like making curries. (I made a great jalfrezi from scratch, plus a yellow Thai curry which is making me salivate just thinking of it. A rant is good for the soul though, and one will be forthcoming in due course).
The first post 'that never was' was related to my pet peeve of the past year - well, one of, I have loads - which is the glut of girl or girl-fronted bands. Without sounding casually sexist, I feel that all of these acts reaching deep down to realise their inner MOR Shangri-La/Joan Jett amidst their tatted torsos and icy faux-disinterested stances but are strangling each other, and have been doing so ever since the Vivian Girls made their (admittedly good) take at it on their self-titled debut back in 2008. And whilst I feel that other suddenly 'in' genres of sound have suffered a similar overcrowding a la the parks on a sunny day in October, its the girls that have taken the biggest 'meh' pill. The Girls At Dawn, Dum Dum Girls, All Saints Day, Procedure Club, The Babies - I could go on - all have at least one or two great songs in them, but the overall package comes more like when you buy an expensive gift for a child and they only play with the box. It just comes away all superfluous, hollow, and lazy.
But there is always a silver lining. Paul has championed Grass Widow in the past, and soon we will witness them live to see if they live up to their LP Past Time's promise - but we also have Frankie Rose. Frankie Rose and the Outs, to be fully honest. Now Frankie Rose is not exempt from the tarred brush of her own genre either, being as she is the past skinsmith of bands such as Vivian Girls, Crystal Stilts and Dum Dum Girls. However it appears that she may have learnt from her past digressions (and once again Im looking at you, Dum Dum Girls...) Whilst the distinctive attractive indie looks are very much in evidence, Frankie and her Outs dont rest on their fashion sense and record collection, instead infusing a good sense of humour and humility into tracks such as the pop gem 'Candy' and the darker buzz of 'Little Brown Haired Girls'.
The debut self-titled LP is out through Slumberland Records, and it will be interesting to see if the rest of the album lives up to the samples we have gotten so far. And whilst I must admit that much of this sound is at the least passable on record - Dum Dum Girls' I Will Be denotes a level of cool attitude that doesnt translate in the live arena - Im holding high hopes for Frankie Rose, that she may prove to be a shining light to her sisters-in-arms. After all, if Best Coast can sugarcoat the garage pop to an inch of its life then sprinkle it with shavings of marijuana, and the Raveonettes can swing like a pendulum from dark noir pop to sunny Pretty-In-Pink soda pop with cool abandon, why cant this genre find more women able to get out of their hipster hovels and brand their own individuality on their musical tropes? 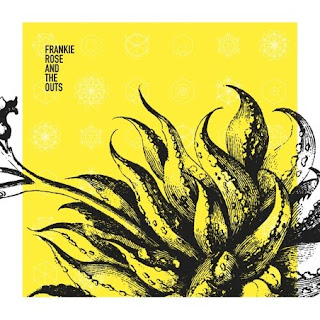