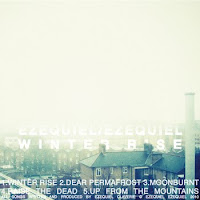 First up are Argentinian-born, Paris-raised and London-dwelling Ezequiel Ezequiel. This bedroom wielder of musical magicry has crafted a glacial pop effort with his EP Winter Rise, from which I gleaned 'Dear Permafrost', a slow tramping number that you can imagine fur-lined scavengers listening to as they drag themselves through the frozen grasses of a frigid bleached white plain... You can grab the whole thing over at his site, here. 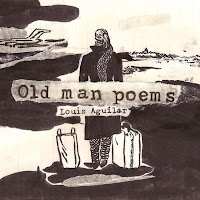 Louis Aguilar is one of those talented and prolific so-and-so's that are scaling heights hitherto unknown by the likes of you and me at tender ages, which sees either Doogie Howser-esque idolatry or barely concealed resentment and rage. Now 20 years of age, France-born Aguilar started playing music at 7 years of age, self producing his first album Hairy Tales at the much more sage age of 16. He's supported Micah P Hinson (himself a spring chicken), Scout Niblett and Devendra Banhart...bastard... But seriously, newish LP Old Man Poems (out through French label Noize Maker Records) is a cracker, of which the epic folk leanings of 'Six Feet Under' can be found. 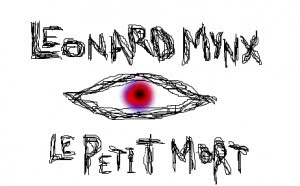 Leonard Mynx rounds out this triumvirate of troubadours. 'Song With No Name' comes across as an amalgam of Dylan whimsy and sighs from a Beck Sea Change perspective. Its a nice wistful whisky moonlight kinda song... The Portland songsmith is proving a dextrous lyricist too, if his album from earlier this year Le Petit Mort is anything to go by (its a nice sounding album too, gathering in help from members of the likes of Horse Feathers - who played the Luminaire last night - and Loch Lomond). He is also giving away digital copies of first LP Vesper - not by bandcamp either but by straight up one to one emailing (leonardmynx@gmail.com).

A great way to end off this post of songwriters.