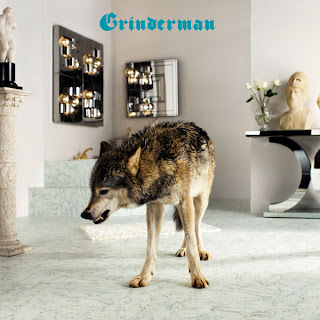 Im struggling to write here. What do you add to the plethora of reviews down the decades that have been penned about the inimitable Nick Cave and his various incarnations? On his own, with his Bad Seed, throwing Birthday Part(y)ies, as a Grinderman - he's covered the girth of the earth in just about every conceivable way. And it appears that he is coming full circle, with his last couple albums and his Grinderman project with his twisted right hand man Warren Ellis (in brilliantly unhinged form), and other Bad Seeds Casey and Schlavunos, that Cave is fully embracing the devil at the crossroads.
Grinderman 2, out last week, doesnt vary much from its predecessor, aiming for that dirty, sleazy, ballsy, psycho blowout to end all dirty, sleazy, ballsy, psycho blowouts. Its all about streamlining the mainline, exceeding the excess, cleansing oneself with filth. Opener 'Mickey Mouse and the Goodbye Man' is the epitome of what Grinderman encapsulated before - an eviscerating number that seems like a regrettable cast-off from Grinderman, with Cave lasciviously panting, "W sucked her, we sucked her, we sucked her dry..." But from there we are treated to a more diverse record, yet still steeped in debauchery, hilarity and lotsa lotsa noise. Even slowburner 'When My Baby Comes' gives no respite here, exploding from a lighter Bad Seeds-esque musing on a faltering relationship into a wailing psych wigout tunnel halfway through, without a light at the end - my favourite track here. Single 'Heathen Child' is an abusive crawler, eschewing conventions, eliciting smiles and grimaces in equal measures, as is the intended purpose of the track (and the music vid elevates that hundred-fold). Theres sleazy innuendo ('Worm Tamer'), unbridled aggression ('Evil'), jaunty to and froing ('Palaces of Montezuma')...basically, this just proves that Grinderman is Nick Cave doing whatever the hell he likes - drinking all the booze, smashing the place up, and sleeping with your wife, mistress, and entire family, before disappearing into the pale moonlight - and you'll be sad to see him go. 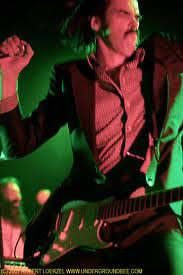 Grinderman play Shepheards Bush Empire Friday night. (Here's a nice review of their Garage show on Sunday by Kitty Empire at the Guardian. Oh, and our Independent debut!!!!)
Grinderman - Heathen Child
Grinderman - When My Baby Comes
Posted by Brendan T