We have posted about Sonic Masala's itchy feet when it comes to two of the most highly anticipated albums of 2010 - Black Mountain's Wilderness Heart and The Black Angels' Phosphene Dream. Well, both are almost upon us. And I have gotten my sweatier than normal mitts on advances of both! So why not highlight this hump day with an early evaluation of both, so you can get salivating and starting saving, ok? 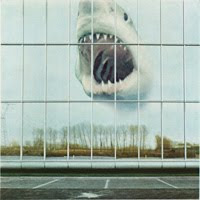 BLACK MOUNTAIN have grown exponentially since I heard their single 'Druganaut' way back when. Two stellar albums, incessant touring and myriad side projects later, 3rd LP Wilderness Heart falls at our feet. And it certainly starts with all of these elements meeting at the same end point - 'The Hair Song' drips of 70s Americana, whilst 'Old Fangs' roars through with that classic 70s sound that these guys have been cultivating for years. This time around there are no 17 minute wigouts (which is a massive shame in my books) and a decided shift in temperament is imminent AND evident. There is more cohesion with dual singers Stephen McBean and Amber Webber (in fact Webber takes the gamut of the good songs here), and keyboardist Jeremy Schmidt (who also is responsible for the mega awesome albumr artwork) is much more prevalent this time around. However, despite their efforts to create a more rounded album, I found myself wishing they remained a darker reimagining of their 70s childhood heroes. As it stands, they teeter on the edge of caricature here, therefore making Wilderness Heart a decent album that doesnt resonate as much as it should. (That said, Im still a massive fan and want to see how these tracks relate live, and where they go to next...) 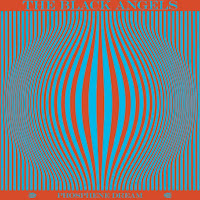 THE BLACK ANGELS have also impressed over the years, also with their hard work and 2 LPs carving a roughly hewn path through the psychedelic wilderness. And whilst Phosphene Dream certainly rears a more nostalgic head, the Austin five piece maintain their bombast and groove to ensure that old fans will not feel led astray, whilst opening up a new avenue on which they can obliterate in a sun-drenched haze. Leading with 'Bad Vibrations', The Black Angels show intent from the opening seconds, all sinister and seductive without showing its hand...before whipping out five hundred guitars and sending your soul to the seventh level of Hell. (Its a good song). And the album itself continues in such a fashion, but with an uncharacteristic twist or two - namely the conciseness of the tracks and the extenuation of ideas via expansive time signatures and instrument shake ups. It all combines to create an amazing album rich with ideas, mood, tone, and awesome, awesome otherness of ROCK, all ties together by Alex Maas' vocal delivery. Nevertheless, The Black Angels take a step back further than Black Mountain when looking back, as penultimate track 'Telephone' evokes more 60s pop a la The Kinks or the Yardbirds in their tale of being ditched - and yet this nibble of a retro track (their shortest ever at less than 2 minutes) shouldnt be on here - its a great song, but is a B-side all over, especially with the evocative 'True Believers' and gloomy bluesy 'The Sniper' bookending it. That said, it, unlike some of Wilderness Heart, lived up to my much heightened expectations, and has been a constant on the playlist for the past few days and isnt likely to be budged soon.

So all in all, we have been delivered unto evil by two black and denim clad psych warriors this month, and you could do a multitude of worse things than bust your carefully plotted budget by purchasing these albums, then toss your painstakingly plotted to-do post-its in the bin, clap your headphones firmly on, and disappear for a week or more. Don't say we didn't warn you...or give you an almighty heads up.

Wilderness Heart is out on Tuesday through Jagjaguwar, whilst Phosphene Dreams (out through Blue Horizon) will burn a hole in your pockets and skull on Monday. (NB - Both are produced by Dave Sardy, so they actually sound complementary when partnered in tandem). And dont forget their mammoth gig together at Shepherds Bush on October 7...

The Black Angels - River Of Blood

Check out our previous posts on these albums here, here, here and here.
Posted by Brendan T