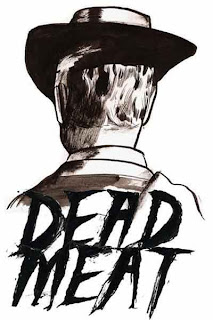 I got an email from Bruce over at FFS (Flingco Sound System - started after he left Kranky Records a few years back) about some bands we might be interested in that he deals with. We get this kind of request quite a lot. As you can tell, we tend to sift through and pick what we like to listen to, then pass it on to you (except for maybe in Bad Panda Record's case - Ive gone a bit overboard this week - it should be called Bad Panda Week - but most of the music has been pretty stellar, and very eclectic...ahem, sooooo...) Whilst FFS have a lot of bands at their disposal, I was offered up a 7" sampler of San Fran via Miami's Dead Meat.

Dead Meat's sound encapsulates the likes of Killdozer, Murder City Devils and a lighter (?) Jesus Lizard, but slowed down to a bluesy drawl and dragged the back of a pick up truck by a one-eyed alcoholic narcolept. There is something lazy and yet dangerously relentless in what coils at the heart of this beast. The name befits the band - it pulverises, rancifies and eviscerates, all in incremental stages...

Its also of no surprise that Surfer Blood have championed them earlier this year, not because they sound anything like Surfer Blood, but because they bear a striking resemblance to the dirge blues evillness that makes up their side project, Weird Wives. I wanted to put all Dead Meat songs on here, but I have to settle down and just a couple. I also tried to pick songs that arent floating about already so that you have a fresh ear to what these guys are going to bleed all over you. Hunt the 7" down, and you'll get a 9 track digital record of everything these boys have put to tape thus far. Deal, sold, gimme gimme gimme!

Oh, and make sure you check out their website - its amazing... 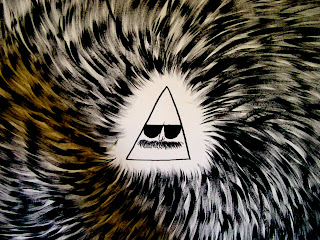