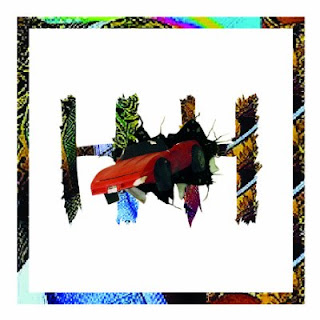 We had a taster of San Diego's Heavy Hawaii at the beginning of the month with 'Teen Angel'. Well their debut 12"/cassette HH dropped yesterday. Its very lo-fi, and there are a few different elements that draw cross references here - Deerhunter/Atlas Sound in 'Beacons', a Casio-and-stompbox bound Elliott Smith in 'Sleeping Bag', also in evidence in the already plugged 'Teen Angel' whilst also mining territory that the likes of Meth Teeth have occupied in a more assured manner - and whilst its unlikely to storm the heights of some of the other Art Fag releases due this year, it does hint that there is more here than meets the eye. They have been playing with the likes of Beach Fossils and Sleep Over of late, so with that kind of creative exposure, and if the Wilson Brothers' vibe and the tinkering with toys can be merged in a higher concept setting, we may see something worthy.