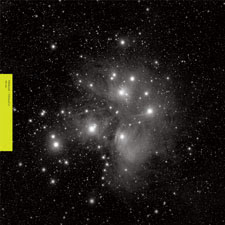 I never thought Id be giving a running commentary on psychedelic rock bands from Chile, but here I am offering up another slice, courtesy of Sacred Bones. Like The Holydrug Couple (which we offered to you here), You’ve got to admit, we’ve been loving this stuff from Chile as of late. Here’s another EP from Follakzoid, whose EP gives us two scintillating ten minute tracks, one on each side of the vinyl. The A-side “IV, III, II, I” garners our interest in the four movement suite offering, with each movement taking us a step closer to a bottomless abyss that we are inexporably meant to become one with. The motorik stylings are more obvious here - in fact some of the build ups remind me of Disappears, although that's where the reference points end.
B-side “Arabic-Hash” is a much more lethargic, almost interstellar sonic arc, yet it too slowly turns the screws so that you are spinning out of control on a subliminal signal that you cant grasp yet has you in its thrall. Its slightly disturbing, but in a glorious fashion. Santiago, staking their claim for psych rock capital of the world? Why not?