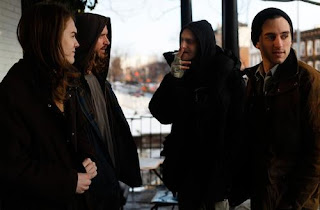 I know that Im opening myself up to some ear bashing here Im sure, especially from fans of Liturgy, the Brooklyn based self described transcendental black metal band who've just released their 2nd album Aesthethica on Thrill Jockey. I kinda get the black metal thing - but I really like them, and I on a whole despise black metal. So what Im saying is, this isnt black metal. Sure, their highly technical musicianship and blindingly high intensity level, combined with the bloodlettingly searing guttural screams, push this into that realm. But there are more influences at play here, and always have been, that invoke something else entirely. Their music is as steeped in hardcore, post-rock/post-metal and experimentation for them to fit comfortably into that rather constrictive categorisation. And on Aesthethica, Liturgy prove it, whether they want to or not. Joe Hemmerling over at Tiny Mix Tapes put it beautifully: "Liturgy is an ideal illustration of the paradox he describes: a band steeped in the trappings of black metal, but incorporating the vernaculars of no wave and minimalism, a sound both punishing and expansive that threatens to rip down the heavens, even as it throws its arms wide to embrace them."

Fittingly my entry into this epic album was 'Generation', a cyclical tour de force of an instrumental that for its seven minute running time had me in ecstatic throes. Then the other major instrumental, 'Veins Of God', offered up more monstrous riffs, and amazing drumming, a Swans' like dirge brutality. Opener 'High Gold' is closer to the thrust of black metal, but mainly due to vocalist Hunter Hunt-Hendrix swirling, nihilistic wails. In fact, its the vocals that insist on this pigeonholing - certainly not the instrumentation. Greg Fox's drumming is fucking sublime, and not in a double kick drum beat as fast as you can kind of way. The beats, fills and runs this guy gets off in most of these tracks are jaw-dropping, yet inform and drive the songs rather than create excessive whimsy. Indeed, there is enough technical acumen here to please a million metallers - and a track like 'True Will' seems especially catered to them - but any semblance of staid musicianship (at least in this genre - all metalheads are in some way virtuosos on how they manhandle their instruments) is shied away from. Shit, the guitar interplay in 'Sun Of Light' even bears resemblances to Battles! There's a two and a half minute electronic instrumental in 'Helix Skull'! 'Glory Bronze''s intro sounds ripped straight out of an early Mono album! Penultimate track 'Glass Earth' could be Animal Collective! Which leads into closer 'Harmonia' which ends on a surprisingly stereotypical, yet in this context epiphanous, metal outro!

You see, this is what we are dealing with here. But in the end, looking who is putting out their albums - Thrill Jockey, the premiere label for artists that experiment and transcend their genres.

As for the religious slant - other than the fact its labelled black metal, Hunt-Hendrix screams a lot and there's skewed iconography on their album sleeve, I dont know. I cant understand a word the guy yells. Just immerse yourself in this beautifully bludgeoning sound... 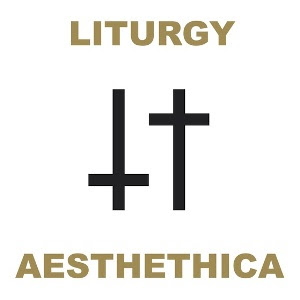