Ill Get Me On That Sex Beet - Someday... 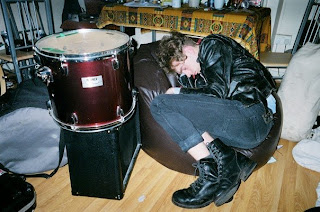 After the shenanigans that the world had in store for London miscreants Sex Beet at the end of last year, I was unsure how they would bounce back. But I should never have feared, for they are just as loud, shambolic and reprehensible as ever! They are prepping a single, are finally getting around to recording their debut LP (with the inimitable King Khan, no less!) and The garage trio have a demo out, 'Someday', that is pretty damn solid for a "work in progress" I must say. Plus they will ba all over the joint come summertime, including that 1234 Festival. Last year's version was pretty ace, even if I got stupid drunk, hated on the Dum Dum Girls and left before Fucked Up...

PLUS if you are in London tomorrow they will be playing in Shoreditch in El Paso's, the Mex restaurant there. I really suggest you get yourself some quesadillas, some tequila and a good earful of Sex Beet - it'll be well worth your time.