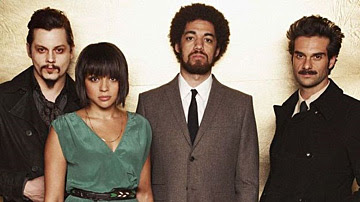 Seriously, if their are harder workers in the music industry in this day and age than ex-White Stripe Jack White, and the man sometimes known as Danger Mouse, Brian Burton, then I don't know em. Mr Burton - ahem, Mouse - has teamed up here with composer Daniele Luppi to create Rome, an album supposedly five years in the making that weaves together the sultry, acoustic sounds garnered from Italian soundtracks from the 1960s and the classic Italian Western genre. In fact, the album was recorded with the original orchestra from Italian director Sergio Leone’s westerns - authentic to the bone, then? Well, no.

Some background first. Burton and Luppi met in 2004, bonded over Italian scores, travelled to Rome in October 2006, made some calls, assembled the original musicians from films such as The Good, the Bad and the Ugly and Once Upon a Time in the West - most of the musicians were in their seventies and hadn’t worked together for several decades - utilised vintage equipment made and played in Rome (using bottles of wine as payment), all in the effort of replicating the recording practices of the 1960s/70s golden age, recording live and straight to tape, with overdubs but no electronics, computers, 21st-century effects or studio trickery. The studio they used sits underneath a neo-classical church and is carved out of an ancient catacomb, with an echo chamber and a room full of vintage tapes. Whilst many of the songs were instrumentals, the next step was finding two lead vocalists who could do justice to the vocal-led tracks – which is where Jack White (along with chanteuse Norah Jones) fits in.

It has opened with many multimedia stunts - such as free listens to the album in Sydney if you went to a certain pop-up cafe and ordered a certain coffee, plus an ultra-ambitious music video which I will be analysing next week. All well and good. But is the album any good?

The problem isn't if it's any good - its that there isnt enough variety here to take individual songs away with you after listening. Its a great album for background music, for languid days or nights with loved ones and lovers, drinking coffee or wine. It is an extremely sophisticated soundtrack, yet it never reaches the heady highs of Morricone's iconic efforts. Which in many ways was the main hurdle the two had in making Rome, and probably why it was avoided - because by imitating Morricone's sound, you risk satirising or - even worse - parodying it. White's contributions are the closest the album gets to creating an equal - his amazingly iconic vocals add an off-kilter timbre to the dulcet tones that offer something altogether different, an Italian score from a parallel universe if you will.

So Rome then is closest to Burton's oeuvre to the Beatles/Jay Z mashup The Grey Album - in my mind still his greatest effort. Yet that also shows up the glaringly missed opportunity here - for that managed to honour both artists and disparate genres whilst creating something unique and spellbinding. An enjoyable shot at the title, yet still wide of the mark. 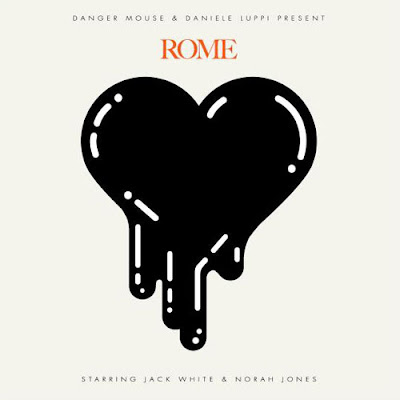 Rome is out now through Capitol Records.

Danger Mouse & Daniele Luppi - The Rose With The Broken Neck