The Virtues Of Being Adrift In Gatton? 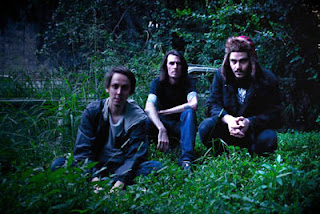 Ive waxed lyrical about Brisbane trio No Anchor and their new release, the double LP Real Pain Supernova, in the past (here to be exact) - Ive even interviewed them for other media - but did I tell you just how ace this album is? Probably not, but you should be able to guess. Its very, very fucking good.

Real Pain Supernova opens with restraint, the ambient sounds of ironically monikered 'The End' before the obligatory crunch of dirge-like bass guitars takes the breath away, as do the Ian Mackaye-like avuncular vocals that precede the abrasive screams. It’s this sense of controlled aggression and muscular musical promiscuity that really makes an impression here – 'Wolves Bite And Disappear' holds down a nitrous-injected blues beat across the breadth of its short running time, the breakneck ebb and flow (and anguishing howls) of 'Dead Pony', the Shellac-esque chug of the bass that underpins 'Come Again', also sporting the beautifully juxtaposing vocals of Joanna Nilson from Butcher Birds. Never do you get a sense that these guys are doing anything redundant, the music speaking for itself much louder than just sheer volume or the “novelty” of being a two bass/no guitar band could achieve.

Real Pain Supernova is a milestone of an album for No Anchor, who have never sounded more vital. This is perfectly highlighted by pivotal (and fittingly epic) epic track 'Gatton Bohemia' – a song in movements that has the trio showcasing their influences such as Boris, Sunn O))) and Om (the album was mastered by Mell Dettmer), then systematically pinning them down and beating them to death with their own instruments. It’s beautiful, harnessing the dark powers of feedback, dirge, sludge and post rock into what is, hands down, the best song about Gatton ever written. 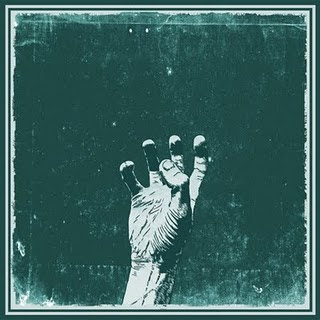 You can buy the album here. For the love of whatever exists in your life as a semblance of a God, buy this. Then get down to Tym's Guitars this Sunday at 2pm for a free in-store performance!