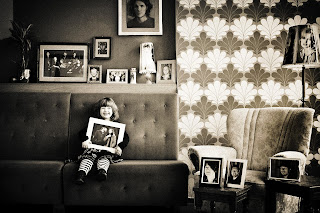 As is wont to happen over the course of time, things get real hectic. So it has been for us here on Planet Masala the past week or so, as you may be able to tell from the more haphazard amount of posts - a couple of days' worth of gaps followed by a blitzkrieg, some of which have escaped the watchful gaze of an alert writer or even Spell Check. It also means that some bands that Ive been meaning to get on to have been neglected, both in my current collection and from the Inbox. So today Im giving you two from column A, and two from column B...

Sexton Creeps come from column B, having contacted me about a month ago to spruik about their new LP The Sour Acre on Dying Giraffe Records (great label name!). Im sorry this has taken so long fellows - cos this is some fucking awesome elongated psychedelic jams right here. Sexton Creeps, a rock collective out of the Netherlands, experiment with a few different formats, namely folk and noise with competing swirling boy/girl vocals, but seem to specialise in the sprawling space jam. Coming from the Netherlands, I guess that may not seem so strange...

The Sour Acre can be bought (for a physical copy) or downloaded for free on their website. It is brilliant. Im all for crazy wigouts as you are well aware, so 'Nipple Of The World' is my pick, but the album is solid throughout. There is also a cool plaintive video for first track, 'A Maternal Ear And Dead Perfume', which you can catch below also.

Sexton Creeps - Nipple Of The World