Toiling Away For The State Of The United States 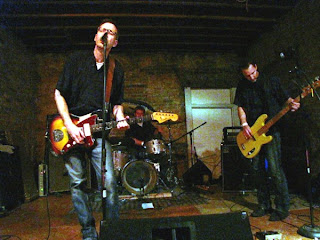 A little while back I did a couple of posts on Mala In Se and Swear Jar, two great acts on Ohio label Phatry Records. I know its been manic over here, but I couldn't believe it when I was going through some work and found this album by Wisconsin populist theoretician noiseniks The United Sons Of Toil. You see, I was contacted initially to review their album When The Revolution Comes, Everything Will Be Beautiful - and I plain forgot! Sorry guys, hope this suffices...

This is not the easiest of records. Its hoarse vocals, guitar damage, starts and stops, and sometimes-intricate arrangements combined with heavily stressed political rage is not an easy sell at the best of times. Song titles such as 'Overturning The Rumford Fair Housing Act' and ' The Concept Of The Urban Guerilla' fan those flames further still. But theirs is a sound steeped in the mid 1990s, a dark brooding grind that other bands such as Young Widows and Helms Alee mine, and that of course peaks my interest tenfold. Plus, bands with a burgeoning sense of righteousness and an abject want to strike out at the injustices in the world are few and far between in this day and age. There is a lot of noise around town that these guys are the aggressive successors to Unwound - well I wouldnt go that far, but I do believe that When The Revolution Comes, Everything Will Be Beautiful is an album with much to warrant it. These guys are a tight unit, and often provide a combination of genres, namely math, post-punk and noise, with the right levels of disdain and diligence that the end result comes out as a battle-hardened battering ram to the ears that caresses and excites as much as it pummels. Great work! 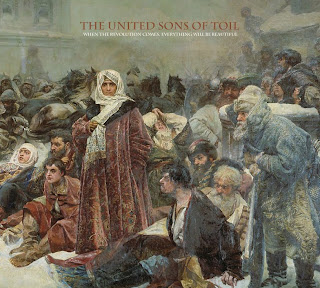 Email ThisBlogThis!Share to TwitterShare to FacebookShare to Pinterest
Labels: Phratry Records, The United Sons Of Toil